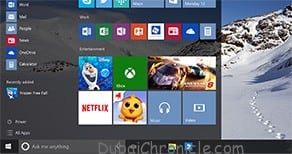 Gold members can now avail two games this month, Metal Gear Solid V: Ground Zeroes and How to Survive: Storm Warning Edition. Microsoft says that Xbox One will receive 10 free games before the end of this year. In addition to the special Black Friday and Cyber Monday offers, that’s a very tempting deal for anyone looking to buy an Xbox One in the coming months. It certainly gives an edge over Sony Corp.’s  PlayStation 4, which currently only gives you one free game each month through its PlayStation Plus membership program.

Moreover, Xbox One has received backward compatibility, which allows Xbox 360 games to run natively on the system. Microsoft announced that all future Xbox 360 games offered through Games with Gold program will be compatible with Xbox One. That makes four free games each month for the system! This is a great opportunity to build up your games library, and Xbox Live program lets you do exactly that. The only thing between you and free games now is the hard-drive space.

This news doesn’t just benefit Xbox One users; as an Xbox 360 owner, you can redeem all of these monthly Xbox One games and start downloading them once you buy an Xbox One. This is serious incentive to pick an Xbox One over the competition this holiday season, given that exclusives like Forza Motorsport 6, Halo 5: Guardians, and Rise of the Tomb Raider are due to release between September and November, with more games coming next year.

So, if you have been waiting on the fence to decide between Xbox and PlayStation 4, Microsoft may have just improved the buying conditions for you.