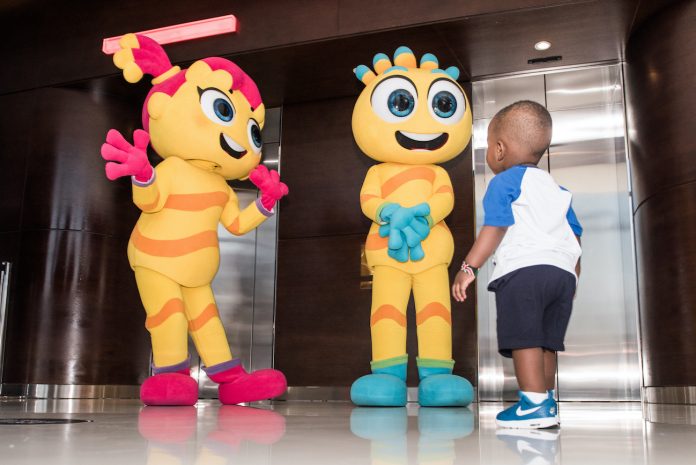 The latest edition of Dubai Summer Surprises (DSS) is now in full swing, and the favourite summer retail celebration is offering up another great weekend full of sensational shopping, food, promotions and giveaways across the city from 8 to 10 July.

Organised by Dubai Festivals and Retail Establishment (DFRE), the latest DSS cements Dubai’s iconic status as a fun, open, welcoming and safe destination with all of the participating venues, stores and malls following the important local health and safety procedures, including social distancing and the wearing of masks at all times.

More than 500 brands and 3,500 outlets will wow shoppers with savings of up to 25-75 per cent offered as part of the DSS Summer Sale, which is taking place this weekend and throughout DSS. Participating stores include homeware favourites Dwell, Think Kitchen, Museum and The One, make-up and cosmetics specialists NYX and Nazih Cosmetics, clothing brands Aspinal of London, Zilli and Banana Republic plus kids and baby shops Mothercare, Little Angels and Claire’s. Sports fans can visit BeFit while optical stores Magrabi, Solaris and Vision Express will offer savings along with footwear stores Geox and Global Feet. Many more great deals are available at stores around Dubai. 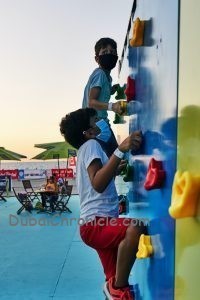 The DSS SHARE Millionaire promotion will give shoppers who spend AED300 or more at Majid Al Futtaim malls including Mall of the Emirates, City Centre Mirdif, City Centre Deira and City Centre Me’aisem a chance to become a weekly winner of one million SHARE points. To enter, customers can either use their SHARE wallet or scan their shopping receipts using the app. There will be nine winners in total announced during DSS, with weekly prize draws taking place on 11, 18 & 25 July, on 1, 8, 15, 22 & 29 August and finally on 7 September.

This weekend, and until the end of DSS, the DSS Save More When You Shop More with 1915 By Seddiqi & Sons promotion will give shoppers who buy any one watch or accessory 25 per cent off, with savings rising to 30 per cent if two watches or accessories are purchased and 35 per cent off for three watches or accessories. Plus two lucky shoppers will also win AED5,000 in gift vouchers for 1915 By Sedidqi & Sons each week.  A total of AED100,000 will be given away over the summer. Participating stores include 1915 By Seddiqi & Sons at BurJuman and Dubai Marina Mall, Seddiqi & Sons at The Dubai Mall and City Centre Mirdif, Guess Watches Boutique at Mall of the Emirates, Guess Watches & GC at City Centre Deira and Guess Boutique at BurJuman.

Taking place this weekend, with daily draws until 7 August, the Modesh Daily Jackpot will be open to shoppers at Ibn Battuta Mall and Nakheel Mall. Shoppers who spend a minimum of AED200 can scan their receipts at the Customer Service Desk for a chance to win the daily Modesh Jackpot of AED10,000.

Family fun is guaranteed this weekend as The Smurfs take over City Walk. Happening daily until 17 July, the mall’s courtyard will be transformed into a Smurf-themed wonderland with lots of activities and games for the whole family to enjoy. Open Sunday to Thursday from 2pm to 10pm and Friday and Saturday from 10am to 10pm, activities include a Smurf House, Smurfette’s beauty corner, a Smurfs soccer field, daily meet and greets and much more. 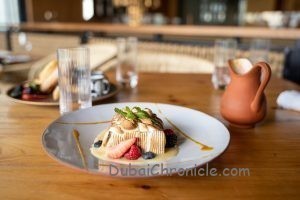 Dubai Festival City Mall’s beach-themed activation will feature activities, games, a playground and sandpit for the kids this weekend and throughout DSS. Shoppers who spend AED300 will be entered into a raffle to win a gift card loaded with AED20,000, with weekly draws during DSS. Customers who spend AED300 can also win instant prizes by taking part in a range of fun games at the beach attraction.

From 10am to 11pm this weekend, the Outlet Village will team up with five of Dubai’s best influencers to host the TOV Styling Competition on social media. Viewers will be asked to visit the mall to style some looks, and submit their creations via social media for a chance to win a staycation at a Jumeirah hotel, a stay and play getaway in Hatta next season or Laguna Waterpark tickets. The competition will consist of five categories: Professional, Sports / Fitness, Luxury, Lifestyle / Casual and Kids.

This weekend, and until 26 August, City Centre Mirdif will invite youngsters to sign up to its annual Summer Sports Camp. Children can take part in a wide variety of sports including football, basketball, tennis and dodgeball, as well as other fun games and activities. The boredom beating camp is open daily from 10am to 10pm.

Mall of the Emirates will host an Electric Car Show this weekend and until 17 July. Held in collaboration with Evlab, visitors to the mall can explore a display of electric cars at the Central Galleria and even take part in a test drive from the mall parking around Al Barsha.

La Perle will welcome guests this weekend with a host of super deals. Available all through DSS, kids under 12 can enjoy free access to the Al Habtoor City-based show when accompanied by a paying adult, UAE residents can enjoy 20 per cent off the price of a ticket and groups of four guests will receive 25 per cent off as part of a great friends and family deal. 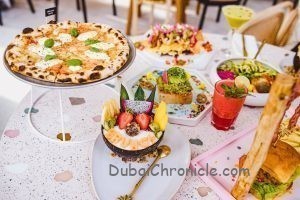 This weekend, Dubai Opera will welcome to the stage Faia Younan. A talented Arabic language singer, Faia has many fans in Dubai and across the UAE. Tickets to her show on 8 July are priced from AED195 to AED695 and can be purchased from www.dubaiopera.com and www.visitdubai.com.

The Dubai Mall Aquarium will host the Underwater Wonders Show this weekend until 10 July. A stunning event, the show will feature fantastic music with underwater effects, beautiful mermaids and sensational choreography. Described as magical, dreamy and unforgettable, visitors to the mall can enjoy daily performances at 12pm, 2.45pm and 4pm.

On 9 July, Ski Dubai will host the Red Bull Jump & Freeze contest. The coolest event of the summer, it will see contestants across the UAE slip and slide down the Ski Dubai slope in fun costumes, homemade vehicles and much more straight into a freezing pool of water at the bottom. Taking place in the region for the first time, the Red Bull Jump & Freeze event will be held from 3pm to 5pm.

This DSS Jumbo stores across Dubai will host the great Mobile Fest 2021 promotion, with shoppers able to enjoy big savings of up to AED2,000 when buying a new smartphone plus the chance to win 10 gaming consoles. The promotion includes 10 per cent off purchases up to AED200 for Commercial Bank of Dubai customers, two free games pre-loaded in a Magic Planet card, plus savings on tickets to Laguna Waterpark. Shoppers will also receive an additional AED100 off a new phone when trading in their old device.

DSS shoppers can win a brand new 2021 Mercedes C200 and AED25,000 in cash with a super summer-long promotion. The DSS Mercedes Mega Raffle is open to residents and visitors who buy a special coupon at ENOC and EPCO petrol stations, ZOOM stores and stands in malls and other venues for just AED150. The raffle is also available online at www.idealz.com, and people purchasing an ‘Idealz Tee II’ for AED150 will receive a complimentary coupon. The DSS Mercedes Mega Raffle will be held throughout the summer until 25 September 2021.

From 8 July until 28 August, Modesh World will once again welcome kids of all ages to explore a great selection of cool rides, games, edutainment activities and much more alongside everyone’s favourite characters, Modesh and Dana. The great family-themed pop-up experience will take place at Dubai World Trade Centre’s Sheikh Saeed Halls 1, 2, 3 and The Arena. This year, Modesh and Dana will take visitors on a journey of adventure in a unique environment inspired by the lagoons where Modesh and Dana live. Activations will be family-friendly and children and parents will enjoy an immersive theme park experience complete with retail and F&B zones. Additionally, the theme park will be home to offerings for teenagers including Battle Park activations and a zone for avid gamers by Geekay. Modesh World is open Sunday to Wednesday from 2pm to 10pm and Thursday to Saturday from 10am to 12am.