Amazon has already started to count down to Black Friday 2014 by offering some early deals to its consumers. The latest of them includes one of the companies’ best-selling gadgets – Kindle Fire HDX 8.9″

The regular price of this Kindle Fire HDX device is almost $400. However, now it is available for barely $259.

This is one of the first bargain discounts on Kindle Fire HDX 8.9”. Last holiday season, Amazon offered a series of deals on the smaller version of HDX 8.9” – Kindle Fire HDX 7. That makes the new offer even sweeter.

This is not the latest generation of Amazon tablets, since it was released back in 2013. However, it has many similarities with the Fire HDX 8.9” tablet PC that was released this fall. For example, both models share the same size and resolution. Also, they each have 2GB of RAM, 8MP of rear camera and 1.2MP of front-facing camera. Even they battery life is identical – 12 hours on a single charge.

In addition to that, Kindle Fire HDX 8.9” has a few advantages of its own. As a start, it is a device created to meet all of users’ needs. With it, consumers can stay always connected, since it is equipped with ultra-fast Silk web browser. Also, it will always keeping users entertained with its quick access to the Amazon Appstore, Kindle Store, Amazon Music app and its second-screen features.

If that was not enough, Kindle Fire HDX 8.9” also comes with a number of new productivity features. The tablet now comes with a function for printing documents, presentations, photos, spreadsheets and emails. Also, it even supports remote VPN, allowing consumers to access their company’s network on-the-go without exposing their corporate data to threats.

Since this is Amazon’s Deal of the Day, you will have just a few hours to grab it. Out advice to avoid waiting until the very last moment, since a deal like this one is pretty rare… even on Black Friday. 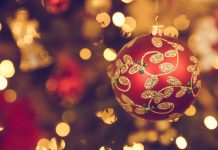