â€œCopper Chimney enables our group to reach another milestone and proves our continued commitment in expanding our business.Â  With Copper Chimneyâ€™s strong brand reputation, heritage and good following, we expect this venture to be successful,â€ said Mr. Syed Salahuddin, Managing Director of ETA-ASCON Star Group.

Serving flavourful and robust Indian dishes since its establishment in 1972, Copper Chimney has been Indiaâ€™s foremost culinary landmark for over three decades and continues to set new industry standards and benchmarks in Indian cuisine and hospitality.

Commenting on the opening, Chugani said, â€œETA-Star Retail welcomes the addition of the original Copper Chimney restaurant to our portfolio.Â  With the opening of the restaurant, we hope to satisfy our customersâ€™ cravings for traditional and authentic Indian cuisine.â€

One unique feature of the restaurant is its show kitchen wherein chefs are seen flipping the Roomali Rotis and preparing kababs and Indian breads in the traditional tandoor clay ovens. Copper Chimney is known to be one of the first to introduce the tandoor show kitchen in India.

â€œCustomers of Copper Chimney are assured of the same quality that we have in our restaurants in India and we remain true to the flavours and tastes that we are known for.Â  Our presence in the UAE strengthens our plans to expand globally,â€ said Sunil Kapur, Chairman of the Copper Chimney Group.

The restaurantâ€™s menu consists of culinary extravaganzas of Grand Moguls in the past and brought to life again by its master chefs from India who have been with the restaurant for over a decade. Copper Chimney serves food from the North West Frontier Province and cuisine of Northern India.Â  The original menu on which many have grown up to are still being offered today in all its restaurants.

While there is a diverse selection of meat and vegetable curry dishes, the immensely popular butter chicken Murg Makhani, house specialty Paneer Masala and the earthly and luscious black Dal are unique to Copper Chimney and are must-haves.

Enjoying Copper Chimney dishes will also be extended outside the restaurant as residents of Springs, Meadows and Emirates Hills will be able to order for home delivery soon. 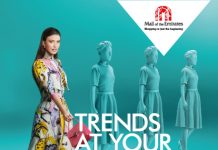 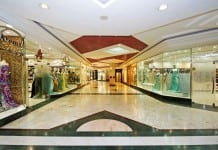 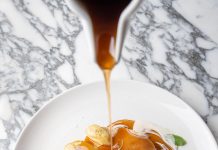