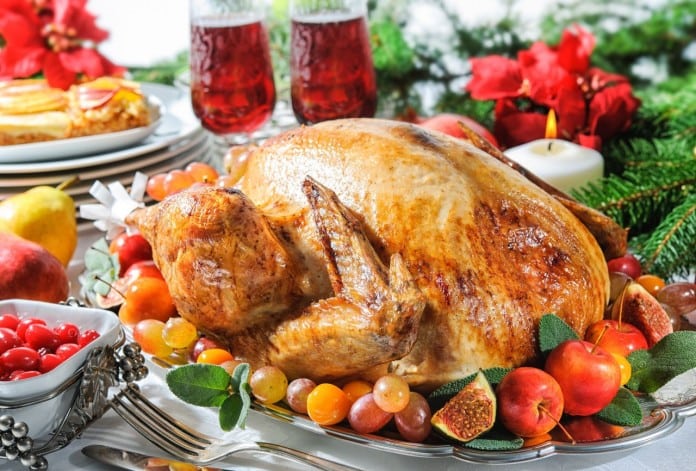 The United States of America

Because of Hollywood, the American tradition for the holiday is pretty well-known. The Christmas celebration in the US includes turkey, apple pie, corn and cranberry sauce. However, not many people are aware of the fact that these meals are actually largely influenced by the UK cuisine and the American holiday Thanksgiving. Also, in some regions in the country the Christmas menu is quite different. For example, in the Upper Midwest, where many Scandinavian descendants live, people have turnip and lutefisk for Christmas. In comparison, in New Mexico on the holiday table there are tamales, posole and empanaditas.

The French Christmas dinner includes many courses and it is rather sophisticated. Among the more popular dishes are liver from duck or goose, smoked salmon, stuffed turkey with chestnuts, lobster and a special Christmas cake. The drink, of course, is champagne! If you think that this is too much, wait until you go to the Provance. There, traditionally, on the holiday table are served 13 desserts.

In this region of the world there are not one, but two Christmas dinners. The first is on December 24th and the second – on December 25th. On the 24th people in Eastern Europe prepare 12 meatless meals. The following day, however, things change and meat is back on the table. In some countries in East Europe the leftovers from the first Christmas dinner are kept on the table for one night. In that way the locals believe that they share their celebrations with their deceased relatives.

In Finland the Christmas dinner is placed on a food board called “Joulupöytä”. The menu largely consists of fish like gravlax and lutefisk. However, the traditional centerpiece dish in Finland is the Christmas ham.

The holiday dinner in Peru is very rich in meat. Their most traditional meal is turkey stuffed with… beef. After the meaty feast comes a desserts attack. The favourite combination of the locals is Marzipan washed down with a cup of hot chocolate.

Christmas dinner in the Netherlands is actually a gourmet. On it gather entire groups of people and they cook together small portions of food. The dinner includes lots of vegetables and a large variety of meats, including fish and shrimps. However, sometimes on the Christmas tables in the Netherlands can be seen also roasted beef, rabbit or duck.