A host of international artists descended upon Dubai to see in the start of the brand new decade but the thrill of seeing a global superstar isn’t over as the 25th edition of Dubai Shopping Festival(DSF) continues to amaze residents and visitors alike.The line-up of star-studded concerts and stand-up comedy nights during DSF 25 has been revealed showing that the city is in for a chorus of musical treats and laughter throughout the next month.

The highly viewed talent programme The Voice will be live from City Walk 2; hosting the finalists from the latest season. Egyptian singer Mohammed Hamaki will perform on 8 January,while the dynamic duo Ragheb Alama and Ahlam will perform together for the first time on Thursday 9 January.All concerts will start from 8pm and are free for the public to attend. Public are advised to arrive early to find the best spot.

Dubai World Trade Centre will host two concerts on 10 January, first up is one of Bollywood’s biggest stars, Sonu Nigam, an award-winning singer and composer, who will take to the stage in the venue’s Arena.  Also known for his appearances in major movies Bole Chudiyaan and Kal Ho Naa No, Nigam has become known as one of the most versatile and popular performers.  Fans will love singing along to his classic hits, with tickets starting at AED 95.  Meanwhile, DSF Nights presents Mohamed Ramadan and Saad Lamjarred who will perform together for the first time ever.  Egyptian singer and actor Ramadan will come together with Lamjarred, the Moroccan singer-songwriter, dancer and record producer, to perform this summer’s hit single Ensay, which generated more than 100 million views on YouTube within its first month.  Lamjarred’s most beloved song, Lm3allem, is the highest viewed Arabic song on YouTube with more than 783 million views.  Tickets for this first ever show, a true DSF highlight, start at AED 195.

For Dubai’s thousands of Filipino music fans, the year gets off to a great start at Dubai Duty Free Tennis Stadium on 10 January when rock bands December Avenue and Silent Sanctuary perform.  Viral sensation December Avenue will sing popular hits Time to Go and City Lights, while Silent Sanctuary will roll out their classic rock tunes from their five successful albums.  And that’s not all; fans will also be treated to special guests Flight Scientist and Third Party.  Tickets for this unmissable gig start at AED 125.

On January 16, Dubai World Trade Centre will host Arab comedians;Mo Amer, Nemr, Bader Saleh and Ali Al Sayed at 9pm. Each with a different talent,these are the comedians that promise a fun evening for those who enjoy stand-up comedy. 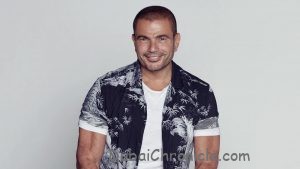 Egyptian sensation Amr Diab returns to Dubai on 24 January at Dubai Media City Amphitheatre to perform his chart-topping hits including Nour El Ain and Ana 3ayesh.  Amr has won seven World Music Awards and has become known as the father of Mediterranean music. With tickets starting at AED 295, fans will be able to sing the night away under the stars.

On the same night (24 January), British pop megastar Robbie Williams will be performing an exclusive, live solo gig at The Pointe on Palm Jumeirah.  After the release of his new festive album and solo material, the Angels hit maker will captivate thousands of fans on the water at The Pointe in his first return to the UAE since 2015.  Tickets start at AED 295, available on the Dubai Calendar app and website.

The third star to perform on 24 January is Delhi-based singer songwriter Prateek Kuhad who will fill The Rotunda at Caesars Palace with a live performance of his Hindi and English hits, including cold/mess and Tum Jab Paas.  Gaining international fame after the release of his 2015 debut album In Tokens and Charms, which saw him pick up an MTV Europe Music Award and a Radio City Freedom Award, Kuhad was named by Rolling Stone magazine as ‘one of the country’s leading singer songwriters’ and he is one of Spotify India’s most-streamed artists.  Tickets start at AED 150.

Those looking to discover new talent in a more intimate gig setting should head to The Fridge Concert Series for their packed Season 31 schedule, showcasing original music by local and international artists.  On 27 January the new season starts with Samvel Gasparyan, an Armenian-born jazz pianist and composer who has worked on 11 studio albums and toured more than 40 countries.  His EP,Morning in Yerevan, was released in 2018, amid much acclaim.  Early bird tickets to The Fridge Concert Series, taking place at The Fridge in Al Serkal Avenue, cost AED 30 (regular price isAED 50).