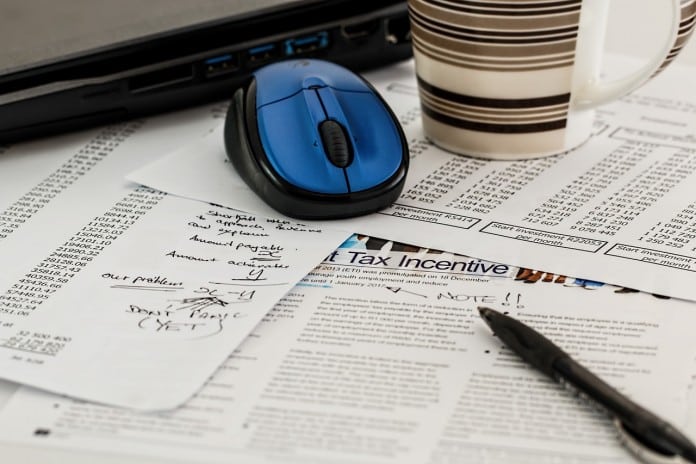 The planned Excise Tax is set to go into effect at the beginning of October 2017, announced the Federal Tax Authority (FTA) at a press conference in Dubai.

The new tax will be imposed on carbonated drinks by 50 percent, and tobacco products by 100 percent and energy drinks by 100 percent. The tax affects specific “Excise” goods that are produced in the UAE, imported into it or stockpiled in the Emirates, as well as excise goods released from a designated zone. The Excise Tax will be applied as per the Federal Decree-Law No. (7) of 2017 on Excise Tax and Cabinet Decision No. (37) of 2017 on the Executive Regulation of said Decree-Law, which was approved by the Council of Ministers on September 13, 2017, in a meeting chaired by His Highness Sheikh Mohammed bin Rashid Al Maktoum, Vice President and Prime Minister of the UAE and Ruler of Dubai.

To obtain a transaction number, the Authority stated at the conference, individuals or businesses would declare the Excise Goods being imported, as well as the quantity and the port of entry using the e-services on the FTA’s website. The Tax will, in this case, be payable at the same time as the Excise Tax return is submitted, i.e. within 15 days of the end of the month (the tax period) in which the import took place. For a person not registered for Excise Tax, the portal will request payment; the transaction ID will then be issued upon settling the due tax.

The FTA also pointed out that any person who imports Excise Goods into the UAE would need to provide a transaction ID to the Customs Department at the port of entry, stating that the shipment has been duly declared for Excise Tax purposes. Without this transaction ID, the customs official will not clear the shipment. As for those producing Excise Goods, the Authority revealed that they must complete a monthly declaration stating the Excise Goods produced, the quantity and the destination (were these released for consumption or kept in a designated zone in tax suspension?).

Khalid Ali Al Bustani, Director-General of the Federal Tax Authority, said: “With the launch of the excise tax, we celebrate a new milestone in our journey to achieve the visions of our wise leaders for the future of the UAE, and to implement the directives of the UAE Government, which has called on all government and private institutions to develop advanced forward-looking services in order to meet the needs of all segments of society, and propel the UAE to the highest ranks on global competitiveness indicators.”

“Implementing Excise Tax in accordance with international best practices is the culmination of an extensive process,” Al Bustani added, “one where the FTA worked with some of the world’s leading companies to develop a tax system that suits the UAE. The Excise Tax has been adopted to reduce the consumption of goods that damage people’s health.”

The Authority has launched a comprehensive awareness campaign, the FTA Director-General explained, organising workshops for UAE-based companies to identify all tax procedures and mechanisms for registration and listen to their questions and comments regarding the tax system in general and Excise Tax in particular.

The FTA has established a comprehensive electronic system to manage taxes in the UAE, which supports the UAE Government’s ambitions to provide investors – be they public or private, individuals or institutions – with all the necessary requirements and services.

“The Authority seeks to provide a simple, seamless and intuitive tax system,” Al Bustani noted. “Therefore, we have opened the 24/7 registration process through the FTA website from Sunday, September 17, 2017. The website witnessed a huge turnout for registration and all 250 excisable businesses are projected to be registered by the end of September. This reflects the effective partnership we forged with all strategic stakeholders, and demonstrates their commitment to achieving an effective tax system.”

In accordance with Cabinet Decision No. (38) of 2017 on Excise Goods issued on September 13, 2017, which specifies the tax rates imposed on them and how to calculate Excise Price, Excise Tax will go into effect at a rate of 50 percent on soft drinks and 100 percent on tobacco products and energy drinks as of October 1, 2017. Soft drinks include all carbonated/aerated beverages, with the exception of non-flavoured carbonated water, as well as any concentrates, gels or extracts that can be processed into soft drinks. Energy drinks, meanwhile, include beverages that may contain stimulants or substances that induce mental or physical stimulation, including but not limited to: caffeine, taurine, ginseng and guarana, as well as any substances with similar effects.

The FTA plans to release lists of new prices for products eligible for Excise Tax, which is calculated based on the retail market price. The Authority reaffirms that in order to continue providing services for all taxable businesses, registration on the Authority’s website is paramount. The FTA clarified that the retail price on which tax shall be charged is the higher of the following: the price published by the FTA, which will be available on the FTA website, for each product based on the price in the local market, or the retail selling price, as clari?ed in the Excise Taxable Person Guide.

Excise tax is payable by the individual or business producing or importing excise products. It also affects individuals and businesses that stock these products if they have not already been taxed. In the event that excise goods are released from a designated zone (and where tax has not been paid previously), the onus is on the warehouse keeper to pay the tax.

In accordance with Cabinet Decision No. (36) for 2017 on the Executive Regulation of the Federal Law No (7) of 2017 on Tax Procedures, as well as Cabinet Decision No. (37) of 2017 on the Executive Regulation of Federal Decree-Law No. (7) of 2017 on Excise Tax, taxable persons have a list of responsibilities to abide by, most notably, taxable persons are required to submit tax returns and pay tax due to the FTA within 15 days of the end of each month (tax period). In addition to retaining records of all excise products imported, produced, or stockpiled.

Importers who are registered with the Federal Tax Authority must declare their imports of excise products at the customs department of the emirate in question prior to custom clearance. The import is to be declared once again in the tax return related to the tax period, and the tax is to be settled within 15 days from the end of the month where the import took place.

In case the importer is not registered with the Federal Tax Authority, the importer must declare and settle the excise tax before the customs department releases the goods. Declaration and payment procedures will be conducted through the Authority’s website and via the e-dirham system.

A stockpiler is a person or business that holds a stock of excise goods for business purposes and cannot prove that excise tax has previously been paid on those goods.

Thus, any person who stores excise goods prior to October 1, 2017, is required to register and pay the tax on the goods stored – provided there are “surplus excise goods” (i.e. goods stored by the person prior to October 1 and still owns them as of October 1, or goods that exceed two months’ stock of inventory according to average monthly sales, which are calculated over a period of 12 months before the end of September 2017).

If excise goods are not in surplus, the stockpiler is not required to register or pay excise tax.

On actions to be taken before the end of September 2017, individuals and businesses whose operations involve products subject to excise tax must determine whether or not they are required to register with the FTA. Excise goods must be documented and declared by the end of September 30, 2017. The inventory must be audited and approved by an accredited auditor, and the taxable person is required to learn about tax-related legislations and procedures to know their rights and responsibilities.

The definition and details of designated zones are delineated in Cabinet Decision No. (37) of 2017 on the Executive Regulation of Federal Decree-Law No. (7) of 2017 on Excise Tax. A designated zone describes a fenced area intended as a free zone that cannot be entered or exited except through a designated road and subject to customs control, and any area designated by the Authority as being subject to the supervision of a warehouse keeper, who must be registered as such with the FTA.

Tax is not due on excise goods until they leave the designated zone or when they are made available for consumption – even if sold in a free zone.

Dubai Paperless Strategy: 85% of Documents in Electronic Archive in H1 of 2021