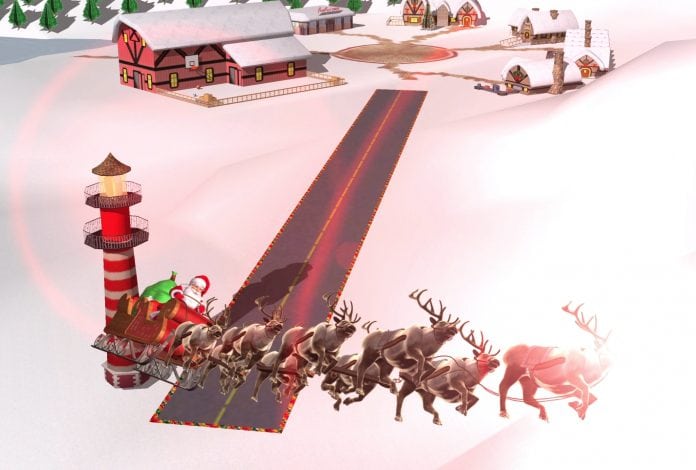 The North American Aerospace Defense Command (NORAD) is known for the fact that it offers kids the chance to follow Santa Claus during his journey around Christmas Day. That tradition started over half a century ago. Microsoft have joined forces with NORAD in an attempt to make the Santa tracking easier by creating a special program called Santa Tracker. The service is available on Bing Maps, as well as on the cloud computing platform Microsoft Windows Azure. In addition, with this service children will be able to follow Kris Kringle. For that they will only need a Windows Phone and Windows 8 apps.

Interestingly, this tradition started because of a small typing mistake. In 1955 a local U.S. newspaper published an ad which invited all kids to call Santa. However, the number given under the advertisement was actually misprinted. As a result, children started to call the NORAD organization.

You may think that people from NORAD would ignore such calls. But the truth is that they did not. In fact, they joined the game and decided to show children the location of Santa Claus. And that is the story how NORAD began tracking the generous old man.

Today, the organization continues to offer this unique service. Now, however, it is powered by new technology and the helping hands of various companies among which are Microsoft, Visionbox, Analytical Graphics Inc., Verizon and 50 more. Nowadays the Santa Claus tracking experience is greatly improved from the one offered over half a century ago.

In 2015, it is expected that almost 25 million people from all over the globe will track Santa on his Christmas journey. They will be able to follow the trip live through the Internet using email, phones or other mobile devices.

The use of new and old technology is important since it enables NORAD to cope with the high demand of people who want to follow Santa. In addition, their number increases every year.

To illustrate this, we’ll simply say that in 2011 NORAD received more than 100,000 calls and 7,721 emails. Also, almost 20 million people from over 220 different countries visited the NORAD’s Santa tracking site the www.noradsanta.org.

This year, the service will be available for even more people. That is because now the program includes more volunteers and partners. The website will open on December 24 at 12 a.m. MST. Everyone will have the chance to see how Santa readies for his journey. Later, at 4 a.m. MST, people will be able to call an operator or send an email asking for Santa’s current location. In addition to that, NORAD will also provide videos of Santa while he is on his Christmas journey.

So if you too want to follow Santa, go to www.noradsanta.org or on NORAD’s Facebook page www.facebook.com/noradsanta.