The UAE’s residential property market witnessed mixed results in the first quarter of 2012. Dubai remained steady building on last year’s trend of stability, while Abu Dhabi saw significant declines as improved quality supply was handed over, according to the Q1 2012 report from Asteco.

“We are seeing further signs that confidence is returning in Dubai as the residential market continues to recover. Rents in some areas have risen as quality developments slowly reach full occupancy,” said Elaine Jones, CEO, Asteco Property Management.

In Dubai rental rates for apartments and villas rose by 1% compared to Q4 2011, while sales prices for villas increased by 4% during the same period. 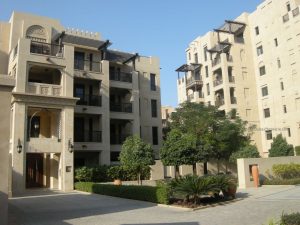 In terms of sales prices for apartments, Discovery Gardens saw further declines due to the large amount of supply but prices were stable to slightly higher overall.

In Abu Dhabi, apartment and villa rents declined 5%. Increased project handover are underway with some 3,000 residential units being delivered at Al Muneera and Al Zeina at Al Raha Beach as well as 1,455 units which are now ready for occupation at Marina Square, Reem Island. The remaining 2,030 units at Marina Square are expected to enter the market over the next six months.

The increase in supply in the higher-end segment of the apartment rental market in Abu Dhabi is likely to result in further downward pressure on rents,” commented Jones.

The average annual rent for a two bedroom prime apartment on the Corniche ranged between AED120,000 and AED160,000, off 6% from the previous quarter.

Rents for a two bedroom apartment on Al Raha Beach fell by 14% quarter-on-quarter to between AED105,000 and AED150,000 as a result of the large amounts of new supply handed over simultaneously in the area.

Villas witnessed similar declines with rents falling by as much as 13% in MBZ and Mussafah as large amounts of average to low quality stock was handed back to landlords. Sales prices for villas in Al Raha Gardens, Golf Gardens and Al Reef Villas were largely unchanged however, once again highlighting that good quality villa communities are still in demand.

In the commercial market, rental rates across Dubai’s office market eased by 1% on average despite healthy enquiry and transaction levels as pending and upcoming supply continued to weigh. Rents in Bur Dubai eased by 6% but popular business districts with limited commercial space fared better and achieved higher occupancy rates.

Office sales prices saw marginal declines of 2% on average as a result of low transaction activity. Biggest declines were seen in Business Bay and DIFC where prices fell by 7% and 6% respectively.

Activity in Abu Dhabi’s office sector has slowed compared to the previous quarter as companies continue to take a cautious approach towards expansion or relocation plans. Landlords of older buildings are becoming more competitive in their asking rents, which has led some firms to review their plans to relocate.

In Al Ain, the recent handover of several villa and apartment compounds has resulted in a wider range of accommodation options for residents, and therefore an increasing flight to quality. Overall residential rents have remained relatively stable in the first quarter.

However office rents in Al Ain fell by 10% compared to the previous quarter, due largely to limited enquiry levels and a lack of quality supply enticing existing companies to move.