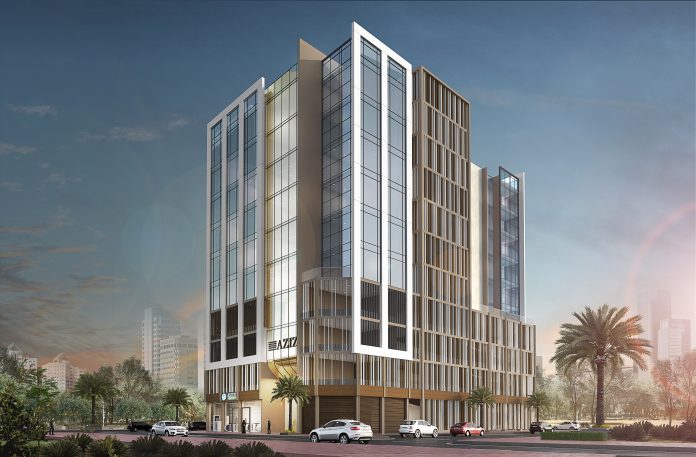 Azizi Developments, a leading private developer in the UAE, is set to develop its new 85,000-square-feet offices in MBR City as part of its impressive growth trajectory.

The new office building, which is planned to be 10 storeys tall, will be capable of accommodating all of Azizi Developments’ 800+ current employees, as well as an additional 400+ planned new joiners.

Azizi’s new office space would be in close proximity to Riviera, its flagship master-planned community in the heart of MBR City. Designed to introduce the French-Mediterranean lifestyle to Dubai, which is not merely about architectural art but also about a certain ‘joie de vivre’ — a celebration of life, an exultation of spirit, Riviera represents a new landmark destination that is both residential and commercial, with an abundance of retail space. Riviera features three districts: an extensive retail boulevard, the lagoon walk with artisan eateries and boutiques, and Les Jardins — a vast, lush-green social space.

In June this year, Azizi Developments announced the addition of a 2.7-kilometre-long crystal lagoon to Riviera, covering an area of over 130,026 square metres that will stretch across the entirety of the community. With stunning blue flooring, filled with more than 51.5 million gallons of crystal-clear, desalinated and clean water that residents can swim in, and easily accessible via

its lagoon walk — which will also feature a vast variety of artisan eateries and boutiques — Azizi’s lagoon will be a bustling space where residents can enjoy strolls along the beach-like shores, sunbathe and cool off.

With its strategic location near the upcoming Meydan One Mall and the Meydan Racecourse — home of the Dubai World Cup — as well as Dubai’s most noteworthy points of interest, Riviera represents one of Azizi Developments’ most coveted projects.