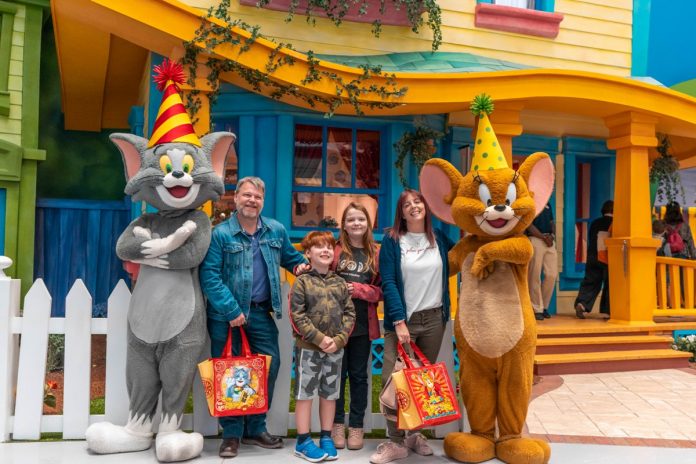 Lovable but hapless house cat Tom can’t live with sharp-witted mouse Jerry, but he can’t live without him either. The long-time duo, Tom and Jerry celebrated their 80th anniversary at none other than Warner Bros. World™ Abu Dhabi’s Cartoon Junction.

On their special day, the cat and mouse celebrated alongside family and friends by battling it out at the Tom and Jerry: Swiss Cheese Spin. That’s not all, the duo gifted the 80th family to visit the park an exclusive selection of the park merchandise in celebration of their 80th anniversary!