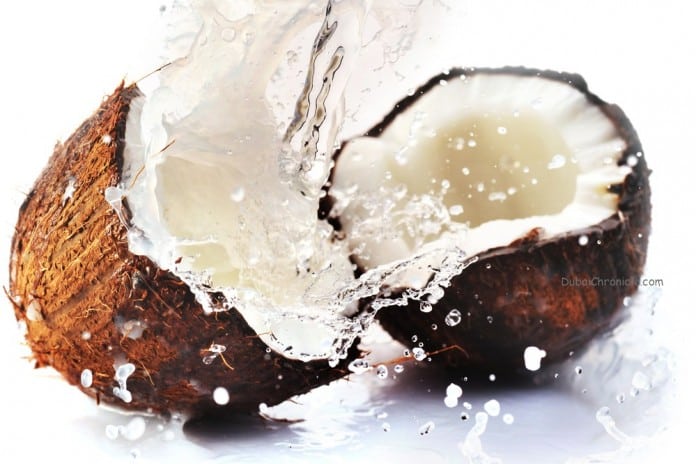 In recent years, the popularity of coconut and particularly coconut oil has soared because of touted health benefits. Fueling the coconut oil trend, celebrity endorsements have claimed the ingredient to help blast away belly fat, curb appetite, strengthen the immune system, prevent heart disease, and stave off dementia and Alzheimerâ€™s disease. A survey found that 72% of frequent users rated coconut oil as â€œhealthy,â€ though only 37% of nutrition experts agreed. Coconut oil is popular in several trending diets including ketogenic and Paleo diets.

As consumer demand for plant-based foods increases, coconut oil has become a popular fat choice for its rich flavor with a mild coconut aroma.

Coconut oil is 100% fat, 80-90% of which is saturated fat. This gives it a firm texture at cold or room temperatures. Fat is made up of smaller molecules called fatty acids, and there are several types of saturated fatty acids in coconut oil. The predominant type is lauric acid (47%), with myristic and palmitic acids present in smaller amounts, which have been shown in research to raise harmful LDL levels. Also present in trace amounts are monounsaturated and polyunsaturated fats.

Coconut oil contains no cholesterol, no fiber, and only traces of vitamins, minerals, and plant sterols. Plant sterols have a chemical structure that mimics blood cholesterol, and may help to block the absorption of cholesterol in the body. However, the amount found in a few tablespoons of coconut oil is too small to produce a beneficial effect.

Many of the health claims for coconut oil refer to research that used a special formulation of coconut oil made of 100% medium-chain triglycerides (MCTs), not the commercial coconut oil most available on supermarket shelves. MCTs have a shorter chemical structure than other fats, and so are quickly absorbed and used by the body. After digestion, MCTs travel to the liver where they are immediately used for energy. The theory is that this quickly absorbed form promotes satiety and prevents fat storage. Coconut oil contains mostly lauric acid, which is not an MCT. Lauric acid is absorbed more slowly and metabolized like other long-chain fatty acids. So the health benefits reported from a specially constructed MCT coconut oil that contains medium-chain triglycerides other than lauric acid cannot be applied directly to commercial coconut oils.