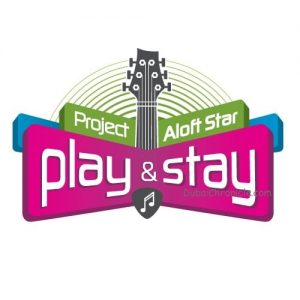 Have you spent hours drumming and strumming to rock’s greatest anthems? If you are an unsigned band with huge talent don’t miss out on this opportunity of a lifetime. There are now fewer than three weeks left to get your demo in to be shortlisted to win an exclusive writing and recording session with hot indie rockers We Are Scientists in a custom-built studio at Aloft London Excel.

Aloft, the sizzling “style at a steal” brand from Starwood Hotels & Resorts Worldwide, Inc. (NYSE: HOT), has partnered for the first time ever with We Are Scientists to discover the world’s hottest unsigned band. The groundbreaking “Play & Stay at Aloft” contest will see the winning band selected from auditions in Abu Dhabi, Brussels or London.

“Play & Stay at Aloft” continues Aloft’s dedication to giving new talent a world stage to connect with audiences. Aloft recently announced the biggest lineup ever for “Live at Aloft Hotels”, the performance series that showcases up-and-coming artists at Aloft properties around the world, including Aloft Abu Dhabi. Aloft also became the first hotel brand to “break” a new musical artist when its “Project Aloft Star” talent competition launched in 2010.

Here’s how the “Play & Stay at Aloft” competition works: To enter the competition, Middle East bands need to email a demo, such as a track or video clip, or simply a link to their website, Facebook or Myspace page with their songs on it, to playandstay@aloftlive.com. Entries for Middle East bands close on 12th September 2012, which will be followed with the gigs taking place at the Aloft Abu Dhabi throughout the month. The studio session and We Are Scientists’ exclusive gig is scheduled for 1st November 2012. All participants in the Middle East must be 21 years of age or over.

The live performances will also become each band’s final “audition” for the grand prize – the songwriting and recording session with We Are Scientists at Aloft London Excel. Aloft will provide all shortlisted bands with a presentation video, a complimentary night at the hotel where they perform and dinner on the house. Bands will be encouraged to drum up as much buzz as they can from fans, who can watch their live performances.

In an Aloft twist on the conventional recording process, fans will be able to interact with the winning band via a live stream on Facebook for the 12-hour session. The band will be able to view suggestions and take inspiration from followers to help create the new single.

Formed in Berkeley, California in 2000, We Are Scientists achieved their breakthrough with 2006’s ‘With Love and Squalor’, which sold 100,000 in the first six months. They achieved further success with their albums ‘Brain Thrust Mastery’ and ‘Barbara’ in 2008 and 2010 respectively. The band is currently recording their new album due for release in early 2013. 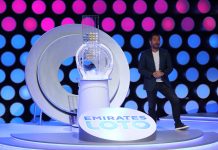