Dubai is a place like no other, with a colorful and controversial mix of people that matches its reputation. During the last decade, media across the globe heralded all kinds of news, from ‘the biggest”, “the tallest”, the “most exclusive”, “top luxury” to billions of US dollar debt, worse performing property market, lawsuits and so on.

As of today, where does Dubai stands? 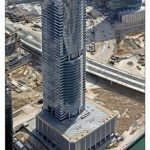 The shiny skyscrapers, that we have been trying to envision just few years ago while rounding the halls of Cityscape Dubai (present Cityscape Global), now are surprising reality. Why surprising? These countless glitzy buildings sprang up  out of the ground like mushrooms. Old time residents on new drive journeys around the city are dismayed with the developments they see. The desert dunes, popular only for biking and picnics during the “winter” months are now remodeled as with a magic wand into well structured communities with broad roads, trees, petunia flowers. Most  of the communities are guarded by uniformed security guards. Moreover, contrary to the public rumors that many of the new buildings remain unoccupied, one can see  growing number of lights behind the windows and laundry on the balconies. Even areas with infrastructure still under development are surprisingly populated. Take for example, the back end of Business Bay where few towers are completed and serviced only by one road parallel to Al Khail Road. At least, ten towers are  ready  with residential units handed to the owners. There are no many listings for these buildings on Dubizzle or PropertyFinder, but some “30 to 40 families” according to the security guards already live in each one and new tenants are attracted with  reasonable deals featuring two months rent-free period.

As another example, let’s briefly examine the private schools situation. There are 146 private schools in Dubai, offering 13 curriculums. Only few have been classified as “outstanding” by the Knowledge and Human Development Authority, which immediately caused a spike in their admission’s waiting lists, now featuring 50 to 70 applications extra for each class. Tuition fees range from AED 50,000 to AED 90,000. Some of these schools are pretty large and take up to 2000 students during the academic year. Although, the fees were not officially raised in 2011, the additional services that these educational businesses provide became reportedly costlier. Increased prices of transportation, uniforms, textbooks and canteen lunches add a quite handsome amount to the tuition fees. The “good” and “acceptable” schools in Dubai also thrive, charge high fees than in Europe and offer lower quality of education. 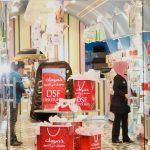 In just a decade, Dubai has become the shopping paradise of the Middle East, despite it has established itself as the most popular trading hub of the Gulf since the early sixties. Now, the city houses approximately 70 shopping malls of all sizes, full with stores, boutiques and eateries of any kind. The Dubai Mall that had opened only three years ago, it is already home to 1200 stores, most of them  offering luxury goods. It is packed with visitors most of the time, although during the weekends the window shoppers are more than the dedicated ones. Having a fast-food outlet or cafe in a shopping mall is a lucrative business, as these are the most visited places, with the highest revenues. On the retail topic, Chalhoub Group that represents many of the world’s most famous and expensive luxury brands such as Chanel, Fendi, Lacoste etc, now operates more than 34 boutiques only in Dubai. Reportedly, their revenues are rising on a monthly basis in the range from 3 to 5 percent. Here, it is worth mentioning that Dubai women are so very fashionable that visitors, as Peter Andre for example, are remarking: “women are so glamorous”.

Luxurious bots, yachts, golf courses and approximately 500 hotels according to listings on Booking.com just add to the bright and sunny painting.

BMWs and Mercs are common vehicles, as too many people can afford to purchase them with credit facilities or in cash.

The three airport terminals are busy and the Dubai Duty Free reports sales increase quarter on quarter. The luxurious and quite expensive Emirates Airline keeps expanding, buying Boeings and recruiting staff, while the relatively new low-cost carrier FlyDubai is adding routes to nearby destinations on a monthly basis.

So where does Dubai stand now?

It seems, the emirate has not only bought its way out of the financial crisis that has stormed the global economy since 2008, but it is prospering even without the massive advertising campaigns of the past.