Mohammed Bin Rashid Establishment for Young Business Leaders (MBRE) organised the Half-Year Strategic Retreat meeting to review the establishmentâ€™s achievements in the past six months and to assess and identify performance improvement opportunities and new initiatives for the coming months.

The meeting was attended by the CEO, senior management, staff and is in line with MBREâ€™s Strategic Plan (2009-2015) launched in February 2009 under the theme â€œYes To Growthâ€.

In his key note, H.E. Abdul Baset Al Janahi, CEO of MBRE, expressed the establishmentâ€™s gratitude for the support given by His Highness Sheikh Mohammed Bin Rashid Al Maktoum, Vice President & Prime Minister of the UAE and Ruler of Dubai; and by His Highness Sheikh Hamdan Bin Mohammed Bin Rashid Al Maktoum, Crown Prince of Dubai.

â€œThe trust of the leadership in our role is reiterated in the expansion of our mandate to take ownership of the development of the SME sector in Dubai, which saw MBRE integrate as one of the agencies under the Department of Economic Development.â€

MBRE, in the past six months, attracted over 250 projects presented by a large number of government and private high school and university students through its Young Ent. Competition. It signed strategic MOUs with Khalifa Fund, the German-Emirati Joint Council for Industry & Trade (AHK), the British Business Group, Dubai and the Northern Emirates (BBG); and the Australian Business Council â€“ Dubai. It also launched andÂ  sponsored the 2009 Global Entrepreneurship Monitor (GEM); and the Entrepreneurs Business Village (EBV) campaign.

In the next six months, the Establishment will launch new research studies on the Dubai SME sector and its key industry clusters, launch the third customer satisfaction survey amongst its members and set up its new home in the Entrepreneur Business Village (EBV).
â€œI thank the efforts of the MBRE staff in these accomplishments over the past months, and urge them to lend their continued support and commitment to the originations,â€ Al Janahi said.

According to some members of the MBRE, funding was a critical element in launching their projects and this is where MBRE has played a important role in providing this necessary seed funding at the initial stage to bring their ideas to life. These entrepreneurs have now repaid their loans to MBRE and are able to attract commercial loans from banks as a stable corporate entity.

Ali Salman, a veteran member of MBRE and the owner of the (Magic Bus) project, pointed that MBRE played a critical role in supporting his project which was initiated for the first time in the Middle East.

â€œMBRE not only provided the project with required funding but also offered me with directing and guidance through all phases of the project which became today one of the most innovative projects in the regionâ€. Al Salman explained.

Ahmed Mohammed Al Sharif, owner of A&A Real Estate and a member MBRE, said: â€œMBRE provided me with advice and guidance, as well as many quality facilities that helped in establishing a company which is able to grow and keep pace with market changes.â€

Rashed Al Bloushi, the owner of Al Ittihad National IT Company, which was the first company to launch marketing via Bluetooth, commented: â€œMBRE is an ideal platform for learning about the best concepts to establish successful projects.â€

Omar Al Awadhi, Owner of Teqaniyat for organising conferences and exhibitions explained that MBRE was the incubator for his project, which has experienced steady growth since its launch and till date.

â€œThe organization has responded quickly to his project and provided him with the necessary funding and guidance.â€ Al Awadhi said

Abdullah Kazem, owner of Max Secure and a member of MBRE said: â€œMBRE has supported me continuously by providing funding facilities and necessary training programs, which have helped me through my career and resulted in the success of my project.â€
MBREâ€™s â€˜Yes to Growth; strategy reinforce its role in encouraging the culture of innovation and distinction among staff and business leaders. It also includes a number of important aspects aimed at promoting competitiveness to establish small and medium enterprises that support the economic development goals of Dubai and enhance the emirate’s position as a global hub for small and medium businesses by building capabilities and implementing supportive policies.

About Mohammed Bin Rashid Establishment for Young Business Leaders
Mohammed Bin Rashid Establishment for Young Business Leaders was launched on June 12, 2002 and was formed with a vision to nurture the entrepreneurial spirit in Dubai, encourage and facilitate the development of business and entrepreneurial activity among UAE nationals and catalyze the development and growth of a key sector of the economy, the small and medium business sector.
The Establishmentâ€™s key activities focus on creation of new businesses by offering a platform for ideas and financial support, inspiring entrepreneurial spirit among UAE nationals, raising awareness of business opportunities and spreading business knowledge and assisting and supporting enterprises run by UAE nationals through instilling best practice and providing them with market opportunities. 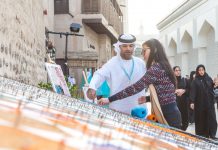 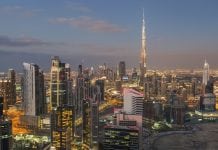 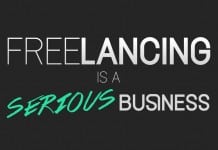