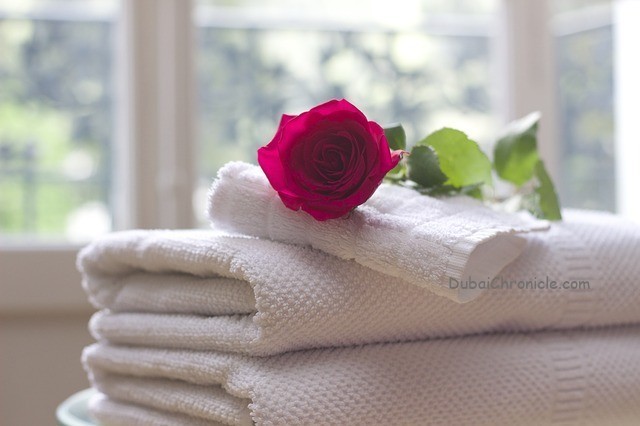 As men and women grow and continue their education, they have equal ambitions to pursue a successful professional career, with roughly equal levels of achievement — though some studies suggest that women do slightly better. Women in hospitality in the Middle East are not a rare occurrence, but in senior management roles, from general manager to board of director level, the numbers start dwindling. Many women who start out in the hospitality industry reach a certain level and remain there, or leave to join another industry or start a family. A common reason attributed to this is the ‘beyond-9-to-5’ lifestyle of the industry, making it difficult to juggle family responsibilities and career. Looking at the bigger picture, tourism offers both incredible opportunities and huge challenges for gender equality.

With that in mind, Radisson Hotel Group aims to support womens’ growth within the tourism industry by empowering the younger generation and supporting them with their dreams. A key objective for Radisson Hotel Group is to achieve balanced leadership by increasing the representation of women in senior positions, breaking down the barriers that prevent women from speaking openly about their careers and harnessing the individual strengths of their female leaders.

The group’s Balanced Leadership initiative aims to promote diversity and inclusion in the workplace. The program takes a three-pronged strategy to tackle the continuing problem of diversity at the top of organizations: leadership programs, inclusive policies and awareness of the issue from top to bottom, including how to tackle barriers to women succeeding in business. At the forefront of this initiative, is Stephanie Aboujaoude, Senior Area Director of Marketing and Communications, Middle East and Africa for Radisson Hotel Group. She has been one of the ambassadors for the Group’s Balanced Leadership programme since its launch in 2014 and is the force championing Woman in Leadership across Middle East and Africa.

“To help us make more of an impact, we are focusing on engaging all of our teams to ensure they are fully aware of the importance of Balanced Leadership. We focus on education, on changing ingrained habits, as well as further developing champions from all walks of life so that it isn’t simply seen as a ‘women’s issue’. Every region within the Group has a male and female ambassador which is critical as everyone benefits from diversity, including the guests we accommodate in our hotels around the world and, the upshot of a balanced workforce and management structure is a business that’s both profitable and sustainable.” said Stephanie Aboujoude, Senior Area Director of Marketing and Communications, Middle East and Africa for Radisson Hotel Group.

That said, Aboujaoude believes this is not an isolated challenge within the hospitality industry, but rather something women have been facing globally and across most industries. While formal market labour-force participation rates in the MENA region have increased over time, women have largely remained on the sidelines, despite their higher educational attainment and outperformance of men in standardised tests. Looking at the MENA region, studies have found that women are greatly underrepresented in the tourism sector. Only approximately 5% of companies have a female managing director and only 4% have female majority ownership. Compared to other parts of the world, in the Middle East there is a pronounced lack of flexibility with employers when it comes to looking after their staff during maternity and nursing periods.Taking those points into consideration and how they affect women within the industry, Radisson Hotel Group has created an enhanced maternity policy which grants female employees up to 60 days maternity leave in the UAE, Oman and Qatar while those in Kuwait and Lebanon are entitled to 70 days.

From supporting Radisson Hotel Group’s initiatives to encourage women’s growth across the Middle East and especially in Saudi Arabia, to being the project leader for the enhanced maternity leave policy in the Middle East, Stephanie has been fighting for her vision towards gender equality on multiple battle lines. Overseeing marketing and communications in the Middle East and Africa, which is not only the largest geographical area of responsibility within the company but also a very culturally diverse landscape, Stephanie is in charge of more than 110 operational hotels, in 28 countries across multiple brands.

“I believe that women need to speak up for themselves while not getting discouraged by temporary fallback. We need to reverse the stereotype that women don’t support other women, a good support system no matter if family, friends or colleagues is key to success. Last but not least, I always say we need to learn how to ask for what we want and remember our worth.”

One of Radisson’s latest initiatives is a collaboration with Evolvin Women that enables organisations to offer skill development placements to unemployed women from rural areas. From helping unemployed women find a place in society through hospitality, to granting women enhanced maternity leave and continuous coaching and development, Stephanie hopes to encourage more women to join the force.

“I am extremely proud that our efforts have been showing significant results, not only across the region but especially in Saudi Arabia. Having moved to 150 female employees in Saudi Arabia in 2020 from just six in 2014, is more than an achievement. Our programmes are already paying off, and we’d love to see other organisations developing their own similar plans. By increasing diversity in our group, we are better equipped to meet the needs of our customers, and this harmony and balance inevitably means a happier workforce. That means reduced staff turnover and better productivity, provingthat this is the right approach. Gender, race, ethnicity – none of those things affect a person’s talents or abilities and it’s time everyone recognised that fact,” she added.

Over the last decades, tourism has been growing steadily and consistently increased job opportunities and whilst there have been many great successes, it’s not always equal for men and women. Whilst the tourism industry globally has approximately 46% of the female workforce, there are still many situation and countries where women suffer from both horizontal and vertical gender segregation of the labour market. The potential for a gender-equal tourism industry is promising, but there is still much more to do to reduce stereotypes, enable entrepreneurship, and foster leadership by women within the hospitality sector.