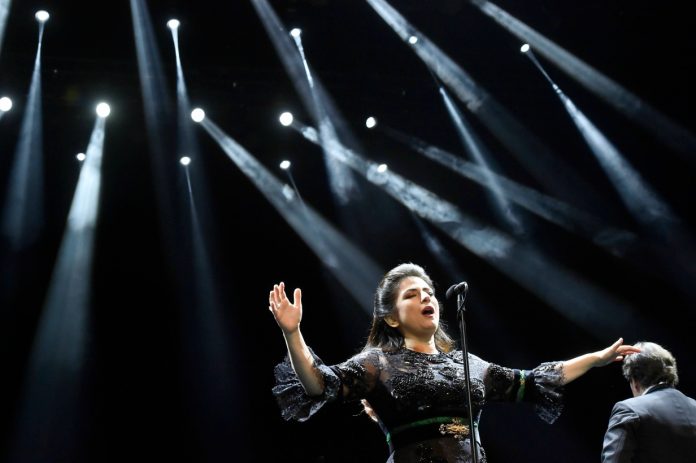 A first of its kind, featuring vocal artists from Saudi Arabia and spiritual chanting from Egypt, USA, the Levant and India. In its 18th edition, Abu Dhabi Festival (ADF), under the theme “The Future Starts Now,” with Lead Partner Mubadala Investment Company (“Mubadala”), announced its Ramadan Series of performances titled “Human Fraternity: Dignity and Hope”. The exclusive digital productions and commissions will be launched via ADF’s digital and social platforms. A unique group of artists come together in spectacular spiritual performances, bringing audiences on a journey of unity and hope, based on peace and love that all humanity share.

The series was unveiled in a virtual panel with H.E. Huda I. Alkhamis-Kanoo, Founder of Abu Dhabi Music & Art Foundation, and Founder and Artistic Director of ADF, with renowned media personality Dr. Nashwa Al-Ruwaimi introducing the rich lineup of artists. The announcement can be seen here: https://abudhabifestival.ae/ramadan-series-2021/

Returning to Abu Dhabi Festival after her memorable 2015 performance, Lebanese-American Grammy-nominated singer and songwriter Mayssa Karaa presents “Doua’a” (Prayer). Sheikh Mahmoud Al Tohamy, the leading spiritual chanter in Egypt and the world, joins the Ramadan Series for a second year in “A Call for Love”, accompanied by Mohamed Tarek and Wael El Fashny.

The Series includes 25 songs and chants performed by eight brilliant vocalists and chanters, written by 11 poets and played by 60 musicians. Performances will take place from 20 April to 2 May.

Her Excellency Huda I. Alkhamis-Kanoo, founder of the Abu Dhabi Music & Arts Foundation and artistic director of Abu Dhabi Festival, said: “Reaffirming our commitment to further Abu Dhabi’s cultural vision of tolerance and understanding, the Ramadan Series unites us all in our humanity. The series highlights the values of togetherness, inclusion and cross cultural dialogue, through inspiring spiritual performances. Under the theme of ‘Human Fraternity: Dignity and Hope’, our Ramadan programme shines a light during these difficult times. As with every great challenge, our human fraternity shall carry us through.

On the 50th anniversary of the UAE, we are committed to continue our cultural journey of creativity and enlightenment.  Together as one, the future starts now.”

Renowned international artists and pioneering Arab music innovators will perform in the Ramadan Series, including young Saudi talents Tamtam, who will perform “A Dreamer’s Serenade”, comprised of her four composed songs. The lyrics of her performance are taken from Sufi poets Al Hallaj and Rabia al-Adawiyya, as well as English lyrics written by Tamtam.

Fagi and Al-Zahrani’s performances will be led by the Lebanese Philharmonic Orchestra, conducted by Dr. Hiba Al Kawas, who is famous for merging Western classical music styles with musical traditions of the Middle East. She is establishing, for the first time, a truly unique methodology for Arab Opera. Her guidance of the diverse lineup of artists helped them explore their talents and master spiritual singing in their own style.

Sheikh Mahmoud Al Tohamy, the leading spiritual chanter in Egypt and the world, will present “A Call for Love”, accompanied by renowned chanters Mohamed Tarek and Wael El Fashny. 16 songs and chants celebrate the Arabic language as a vessel of expression and a tool for creativity. The performance of Fusha Arabic music draws inspiration from Arabic tradition and world heritage, infusing it with the values of humanity, and highlighting cross-cultural aesthetics that tie the past, present and future.

For visual art enthusiasts, ADF is launching a competition, as part of the Ramadan Series,  held throughout the holy month. “Painting with Words” invites talented people around the world to create works of art using words in any language, inspired by the theme of Human Fraternity: Dignity and Hope.

The year-long programme for the 18th edition of Abu Dhabi Festival combines a unique hybrid programme of virtual and in-person performances, exhibitions and events by over 500 artists from more than 50 countries.