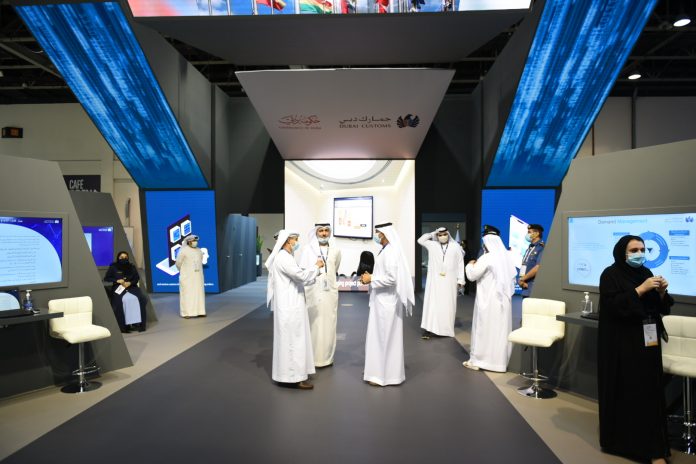 Dubai Customs plays a major role in supporting Dubai strategy, which sees Dubai as the world’s capital of the new economy. This is done through reinforcing the companies of the future economy such as the e-commerce companies by facilitating trade and reducing costs for them so that they can set up regional headquarters in Dubai.

One of the projects that Dubai Customs is showcasing in Gitex Technology Week 2020 is the Cross Border e-Commerce Platform; the collaborative blockchain-based e-commerce platform, which caters to the needs of all stakeholders in the ecommerce supply chain following the directives and vision of His Highness Sheikh Mohammed Bin Rashid Al Maktoum, Vice President, Prime Minister and Ruler of Dubai.

On the sidelines of the exhibition, Ahmed Mahboob Musabih, Director General of Dubai Customs stated that there is a good opportunity for Dubai to turn into an e-commerce central hub for African, Gulf, Middle Eastern and South American markets.

Recently, Dubai was ranked as the fastest growing e-commerce market in the Middle East and North Africa thanks to a very advanced technological infrastructure and the growing number of tech-savvy consumers.

“This year has been announced as the year of preparing for the next 50 years, and we are well prepared for that through a number of outstanding projects including the Cross border e-commerce platform. It is the first of its kind in the region that supports all stakeholders in the supply chain. This will reduce cost on e-commerce that result from returned goods, storage and transportation by 20%. We expect e-commerce sales to rise 23% to $27b (Dh100b) in 2020, especially that there is a noticeable shift in the consumers’ trends and behaviors after the pandemic, which is expected to raise use of e-marketing channels 10%” said Musabih.