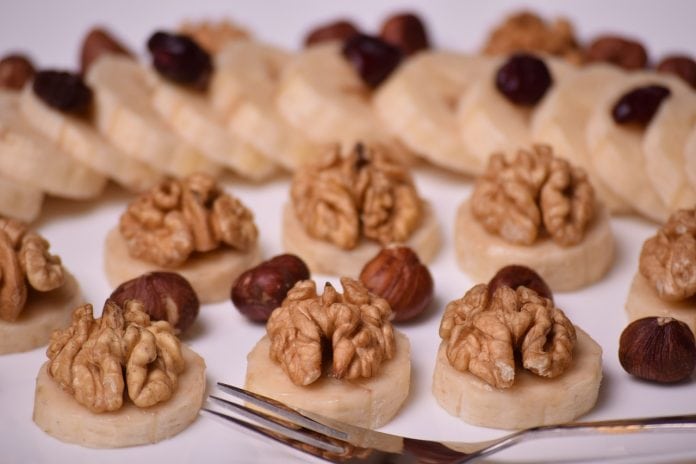 â€œSuperfoods,â€ â€œpower foods,â€ â€œtop 10 foodsâ€â€”do these titles catch your attention? For those of us seeking to improve our health, the notion of a superfood can be appealing. We may imagine a powerful food with special abilities like promoting weight loss or healing disease. Thereâ€™s no scientifically based or regulated definition for superfood, but generally, a food is promoted to superfood status when it offers high levels of desirable nutrients, is linked to the prevention of a disease, or is believed to offer several simultaneous health benefits beyond its nutritional value. Its inclusion in the Merriam-Webster Dictionary confirms its widespread use, which defines a superfood as â€œa food (such as salmon, broccoli, or blueberries) that is rich in compounds (such as antioxidants, fiber, or fatty acids) considered beneficial to a personâ€™s health.â€

Where did the term superfood originate? Interestingly, not from those who formally study food, such as nutrition scientists and dietitians. The earliest recorded example may have taken place in the early 20th century around World War I, used as part of a food marketing strategy. The United Fruit Company initiated an enthusiastic advertising campaign to promote its major import of bananas. It published informational pamphlets including Points About Bananas and the Food Value of the Banana. Initially the company had advertised the practicality of bananas in a daily diet, being cheap, nutritious, easily digested, available everywhere, good when cooked and not cooked, and sealed by nature in a germ-proof package. To get people to eat more, they suggested adding bananas in cereal for breakfast, in salads for lunch, and fried with meat for dinner.

However, the popularity of the term soared after being endorsed in medical journals, due to physicians publishing their findings of a banana diet to treat conditions like celiac disease and diabetes. Doctors announced that bananas in a childâ€™s diet would provide relief for celiac disease or cure it (gluten had not yet been discovered as the true culprit). Bananas soon bore an emblem of health, and mothers made bananas a dietary staple for their children and infants even if they did not have celiac disease. So, traders included these health benefits in their promotional materials and the popular press flaunted headlines about bananas, birthing the banana diet craze.

The difference in the 21st century is that information now spreads at viral speed so that a new superfood seems to appear on a monthly basis. The essentials are in place: scientific research on a particular food, catchy headlines from the fast-paced popular press, as well as infomercials and marketing campaigns of involved food industries.

Superfoods often translate into super sales that have created a billion-dollar industry. According to a Nielsen survey, consumers are willing to pay more for foods perceived as healthy, and health claims on labels seem to help. Interestingly, foods already perceived as healthy that also carry a health claim show the greatest sales. This may be due to providing added confirmation of a consumerâ€™s knowledge about a healthful food, increasing the likelihood they will purchase it. The survey also shows that about 80% of respondents see â€œfood as medicineâ€ and eat certain foods to prevent health problems like obesity, diabetes, hypertension and high cholesterol. No surprise then that plant-based foods like fruits, vegetables, and whole grains, which are generally perceived as health-promoting, often top superfoods lists.

The food industry certainly has the incentive to market a product as a superfood, which boosts sales. According to Mintel research, in 2015 there was a 36% increase globally in the number of foods and beverages launched that were labeled as a â€œsuperfood,â€ â€œsuperfruit,â€ or â€œsupergrain,â€ with the United States leading those product launches. Quinoa and other ancient grains, chia seeds, and kale enjoyed consistent sales growth in 2017. A recent list of the top 13 trending ingredients based on data from food and beverage startup companies include pea protein, seaweed, ginger, turmeric, matcha, oats, barley, and chickpeas.

The Story of the Blueberry

Another food star, blueberries, hit their peak in the early 21st century after an indirect endorsement from U.S. government-sponsored research. In 1991, a rating tool called the Oxygen Radical Absorbance Capacity (ORAC) was created by scientists from the National Institute on Aging and the United States Department of Agriculture (USDA). It was used to measure the antioxidant capacity of foods. Antioxidants are molecules that may help reduce the amount of damaging free radicals in the body, and therefore are believed to be health-promoting. The USDA provided an ORAC database on its website highlighting foods with high ORAC scores, including cocoa, berries, spices, and legumes. Blueberries and other foods topping the list were heavily promoted as disease fighters even if the science was weak, from cancer to brain health to heart disease. However, 20 years later the USDA retracted the information and removed the database after determining that antioxidants have many functions, not all of which are related to free radical activity. Despite the retraction, blueberry production doubled from 1998-2006, and has continued to increase every year through 2016 according to data.

The Bottom Line: Focus on a Super Plate, Not Just Superfoods

Superfoods are often nutritious but itâ€™s clear that the term is more useful for driving sales than it is for providing optimal nutrition recommendations. A downside of superfoods is that the title alone may cause people to focus on a few specific foods, blinding them to other equally nutritious options that arenâ€™t as hyped. Variety in our diet is important not only to gain the benefit of eating a wide array of essential vitamins and minerals, but also to prevent one from eating too much (or too little) of a particular nutrient. It also keeps our meals interesting and flavorful!

So yes, explore individual foods and learn how to select, prepare, and enjoy themâ€”but donâ€™t be distracted by the latest overhyped food or fad. Instead, focus on creating a â€œsuper plateâ€ full of different healthy and flavorful foods. Need some inspiration? Check out the Healthy Eating Plate to get started.