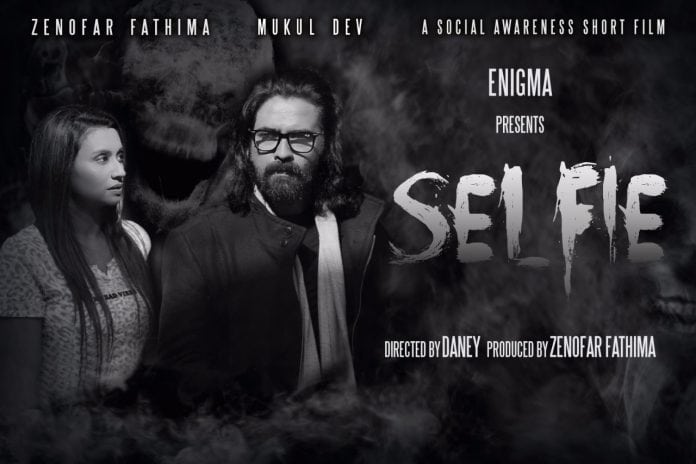 The independent film ‘Selfie’ debuted with an exclusive screening at Marriott Hotel in Al Jaddaf, Dubai. A short film that tackles maintaining real-life friendship in the era of social media, Selfie is produced and starred in by Zenofer Fathima, with Bollywood actor Mukul Dev as the other lead character.

The movie was both shot and set in Dubai, reaffirming the UAE’s position as a preferred choice for film and television projects among international production companies. The country has been actively supporting the creative arts industry, specifically the movie and film sectors. In addition to lending background and landscapes for film scenes as well as world-class production facilities, the UAE has created several commissions, such as the Abu Dhabi Film Commission and Dubai Film & TV Commission, to ensure full support to filmmakers in realizing their projects. Likewise, the country has been playing host to international film festivals, among them Dubai International Film Festival, providing a platform to promote film-making excellence in the Arab world.

Directed by Daney Varghese, Selfie is a relevant and timely film that focuses on the modern-day self-portraiture trend and the propensity to share these images on social networking sites. The plot is built upon how Roshni, the lead actress played by Zenofer, maintains her long-distance relationship with old friends using selfies to update them of highlights of her every day life. Roshni and her friends reunite and decide to preserve the moment in their mobile by taking a selfie. The moment of excitement took a turn when Roshni suddenly found herself in a twisty, suspenseful mystery moment, which will in the end captivate the audience with an ending to remember.

“This film is amplifying the conversation about how social media and the selfie phenomenon have changed our lives today. I am proud to be given another opportunity to create something that would contribute to my creative growth. At the same time, I’m grateful of the chance to support a wonderful talent like Mukul Dev. I’m extremely proud of all the hard work we’ve all put ourselves through to complete this film and definitely proud of what we have accomplished,” Zenofer said.

Zenofer also revealed that Selfie is part of the Enigma series, a compilation of short films about different realities of modern life. Enigma is also produced by ZEN Productions, a film production company founded and chaired by Zenofer herself.

Mukul Dev, speaking about his role in the film, said, “I’m pleased to become a part of this new production by Zenofer. We all need to support beautiful projects like this independent film because it would mean contributing to the growth of the creative industry.”

“Key scenes really showcase the characters’ strong bond of friendship in unique and authentic ways, and these, I believe, will resonate well with viewers. What makes the movie interesting is that it embodies the true nature of many independent films, portraying the harsh realism of contemporary life. Good stories like these demand viewers to come to grips with life’s realities, so all the more that we should support independent film productions,” Director Daney concluded.