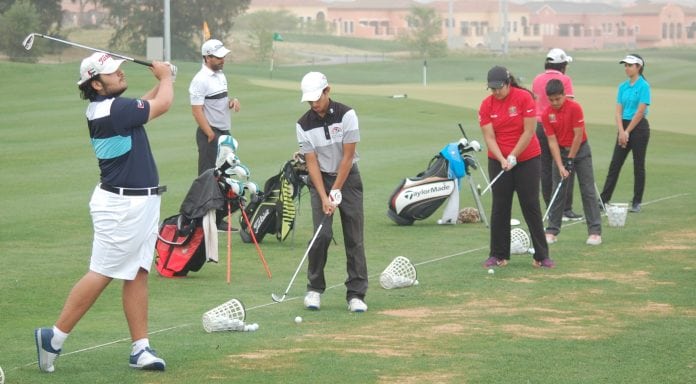 On November 16th – 18th, 2017 The United Arab Emirates (UAE) Junior and Ladies National Golf Teams will travel to Tunisia to compete in the 2017 Junior and Ladies Arab Golf Championship. This three-day event will have three different representing divisions – 18 & Under, 15 & Under, and Ladies which will take place at the El Kantaoui Golf Club.

This event will be the 18th edition of the Junior Arab Golf Championship and the 9th edition of Ladies Arab Golf Championship that falls under the Arab Golf Federation. With over 8 countries and 3 divisions, the championship will host more than 60 players. The El Knataoui Golf Club has two courses that are set along the Gulf of Hammamet. With expected rain and cool weather, the teams will be tested by the elements but should create a fun and challenging weekend.
For the Boys Divisions, representing the UAE and playing on the 18 & Under team will be Mohamed Al Hajeri and Mohamed Saeed Abdulla. Al Hajeri has just finished playing in the Asia Pacific Amateur Championship in New Zealand three weeks ago and will be looking to use that experience as a boost of confidence heading into the weekend.

Coming off a gold medal victory at the GCC Golf Championship back in April, the 15 & Under Team represented by Obaid Al Heloo, Rashid Al Emadi, and Khaled Al Mutawa will be heading into the championship with high expectations. All three boys have continued to work hard over the summer while aiming to win again on this bigger stage.

As always the Ladies Division will be full of talented teams. For the UAE Team, Reema Al Heloo will be leading the way and with the support of Hamda Al Suwaidi and longtime veteran Dr. Rabab Al Haj. The ladies team will anticipate a strong showing.
The three-day event will have Team and Individual winners in each division. For the Team Category, the final score will consist of the top two gross scores, out of three players each round, totaled after three rounds. The Individual Category will be scored as the best individual gross score from each division.

Khalid Mubarak Al Shamsi, Secretary General of the Emirates Golf Federation had this to say about the upcoming event. “This tournament continues to build bridges of understanding and brotherhood to all representing countries of the Arab golf world. The teams have been preparing hard leading up to this event and we expect the players to contend in each division. This is always a good test for our program as we get to see how our talent matches up with the rest of the Arab golfers”.