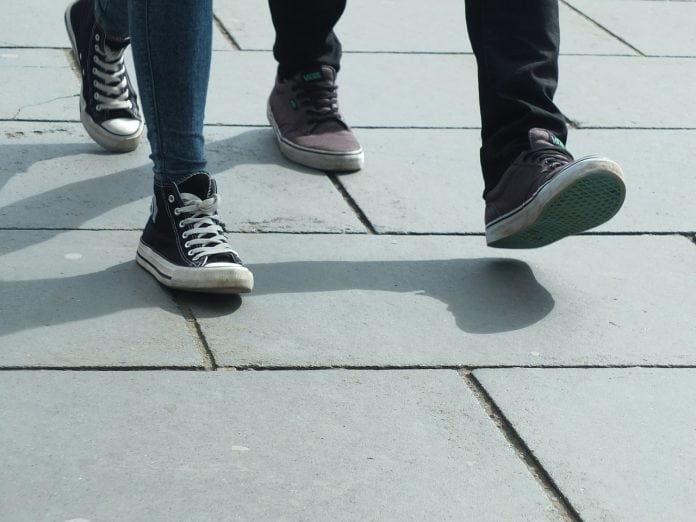 An average person clocks in 4,961 steps per day, according to a new study by Stanford University that crunches smartphone data to paint a picture of physical activity around the globe.

The researchers analyzed data covering 717,527 people using the smartphone app Argus, which tracks physical activity, across 111 countries, considering an average time span of 95 days per user. The app removed users’ names but provided researchers with demographic details like age, gender, height and weight. The researchers, who shared their findings in the journal Nature, focused mainly on 46 countries that had at least 1,000 users.

On the flip side, the countries with the fewest average daily steps were Malaysia, with 3,963 steps; Saudi Arabia, with 3,807 steps; and Indonesia, with 3,513 steps. The countries at the end of the list are also Greece, Egypt, India, Brazil, Qatar, South Africa, Philippines.

For example, the U.S. and Mexico have similar daily steps averages (4,774 versus 4,692 respectively), but the U.S. shows wider inequality in activity and higher obesity rates than Mexico. In contrast, Sweden has one of the smallest gaps between its most and least active people, and has one of the world’s lowest obesity rates.

If you think about some people in a country as ‘activity rich’ and others as ‘activity poor,’ the size of the gap between them is a strong indicator of obesity levels in that society.

Walking is a crucial pillar to lifelong health. Regular physical activity reduces the risk of coronary heart disease and stroke, diabetes, hypertension, colon cancer, breast cancer and depression, and is crucial to energy balance and weight control, according to the World Health Organization.

Earlier this year, a Canadian study found that those who lead a sedentary life seemed to have the same risk of developing dementia as those who carry the gene mutation making them disposed to the degenerative disease. (Those in the physically active subset of the study reported walking three times a week, the study’s lead researcher told HealthDay.)

Still, basic exercise eludes many: physical inactivity is now the fourth leading risk factor for global mortality, according to WHO. In many countries, rising levels of inactivity are tied to large phenomena like aging populations and rapid, unplanned urbanization that results in unhealthy, unwalkable environments.

Smartphones, which come with accelerometers that automatically record physical activity, “provide a scalable tool with which to measure physical activity worldwide,” the researchers wrote. In the past, most exercise studies relied on self-reported data or data from wearable sensors, which limited the number and demographic range of subjects.