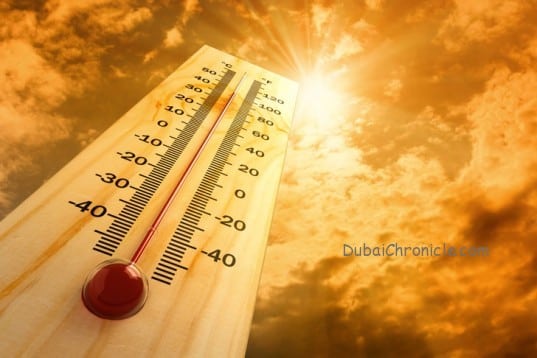 Relief from the current dry spell across the interior of the Middle East is unlikely within the next 10,000 years, results of a new study show, which include information during the last glacial and interglacial periods.

The results, which include information during the last glacial and interglacial periods, showed that relief from the current dry spell across the interior of the Middle East is unlikely within the next 10,000 years.

“Local governments generally prefer the narrative that the region is only in a temporary dry spell and better prospects of water availability lay ahead,” said the study’s lead author Sevag Mehterian, a Ph.D. student at the UM Rosenstiel School. “Our study has found evidence to the contrary, suggesting that in fact, the future long-term trend based on paleoclimate reconstructions is likely towards diminishing precipitation, with no relief in the form of increased Mediterranean storms, the primary source of annual precipitation to the region, in the foreseeable future.”

Stalagmites are calcium carbonate deposits that slowly grow on cave floors and, under the right circumstances, record changes in the climate outside the cave in their chemical composition.

“We take what we have learned from the past climate and applied it to better understand what to expect moving forward with the current state of the changing global climate,” said study co-author Ali Pourmand, an associate professor of marine geosciences at the UM Rosenstiel School.”

The researchers found that climate during the last 70 to 130 thousand years, including during the last interglacial as recorded in the interior of the Middle East, is closely linked to the climate of the North Atlantic region. By comparing their findings with others, they saw a close connection between water availability and enhanced solar insolation across the mid-latitudes of Eurasia. The study showed that solar insolation is not returning to high values relative to today until another 10,000 years from now.

The researchers determined the depositional age of the two stalagmites, collected in Qal’e Kord Cave in central northern Iran, using a technique called uranium-thorium geochronometry conducted in the UM Rosenstiel School’s Neptune Isotope Lab. The paleoclimate data, which included mainly changes in the oxygen isotopes of the calcium carbonate deposits, were then compared to similar records from other caves, ice cores, and sediment records as well as model predictions for water availability in the Middle East and west central Asia today and into the future.