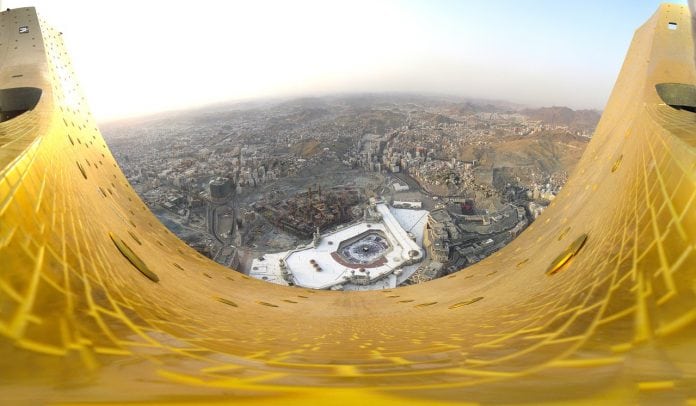 Saudi Arabia announced today more than US$6.4 billion in investments in future technologies and entrepreneurship that will further secure the Kingdom’s position as the MENA region’s largest digital economy.

The announcements were made during the opening day of LEAP, the international technology platform, which is taking place in Riyadh until 3rd February.

The investments and initiatives include the launch of Aramco Venture’s Prosperity7 fund with US$1 billion, and a billion dollar investment from NEOM Tech & Digital Company with a focus on future technologies. As part of its investment, NEOM announced the launch of the world’s first cognitive metaverse, XVRS that will serve residents and visitors of the smart giga-project, and M3LD, a personal data management platform that gives back control of data to the user.

LEAP also saw the launch of The Garage, a new platform for start-ups, investment and entrepreneurship by King Abdulaziz City for Science and Technology (KACST). The Garage will create a full-service environment for local and international start-ups, to help them grow to become the leading technology companies of the future.

J&T Express Group, one of the world’s fastest-growing logistics companies, announced an investment of US$2 billion with eWTP Arabia Capital and other partners. The investment will see J&T establish its MENA headquarters in Riyadh, and set up an extensive network of smart logistics and distribution facilities that will extend Saudi Arabia’s reach as the regional center for advanced logistics.

Saudi Arabia is the largest technology market in the MENA region, with a technology sector worth more than US$40 billion. The new investments announced at LEAP22 are part of the Kingdom’s ongoing plans to transform into an innovation-based economy, which have already seen the country become one of the fastest-growing new markets for Fintech and digital content in the region.

“These investments and initiatives are a manifestation of the Kingdom’s push toward the growth of the digital economy for the greater good of people, the planet and the prosperity of the MENA region. They mark the next level of growth for the digital economy in Saudi Arabia, the MENA region’s largest technology and digital market,” said H.E. Eng. Abdullah Alswaha, Saudi Minister of Communications and Information Technology.

During his keynote address at LEAP22, the Minister noted that Saudi Arabia is the regional leader for technology talent, with over 318,000 jobs in the technology sector in the Kingdom, and with a rate of participation of women in the ICT workforce that has jumped to 28% in recent years.

Saudi Arabia is also home to some of the largest investments in cloud technology, with leading hyperscale cloud providers including Google, Alibaba, Oracle and SAP investing over US$2.5 billion in cloud in the Kingdom. Entrepreneurship is also flourishing in Saudi Arabia, with venture capital investment in Saudi Arabia in 2021 exceeding the total for 2019 and 2020 combined.

Aramco Ventures, the venture capital arm of Saudi Aramco, announced the formal launch of its US$1 billion diversified growth fund, Prosperity7. The fund backs exceptional entrepreneurs to build transformative companies and solve some of the world’s toughest problems. Prosperity7 provides its portfolio companies with the funding and connections they need to scale and enter new markets to attain global reach.

Amin Nasser, President and CEO of Saudi Aramco, said: “Prosperity7 will connect the dots through big ideas, top talents and disruptive technologies from around the world as we look beyond the energy value chain to areas like healthcare, education and blockchain, for viable solutions to the world’s most pressing challenges.

stc announced the MENA HUB initiative to establish a standalone company of US$1 billion investment in infrastructure of submarine cables and data centers, that will boost Saudi Arabia’s current position as the region’s digital hub. Leveraging Saudi Arabia’s geographical location at the heart of the MENA region, the company will manage and continue to invest in submarine cables including new ones landing in multiple points of Saudi Arabia.

The company will manage data centers and continue to invest in new data centers across the Kingdom and the region, along with other digital infrastructure to attract foreign direct investment. It will also localize content and develop cloud services to realize Saudi Arabia’s digitization plans.

stc revealed a new strategic partnership with Huawei Technologies Company, which will see manufacturing facilities for data center equipment and hardware established in Saudi Arabia, to boost Saudi Arabia’s capacity in high-tech industry, create local supply chains for technology hardware and increase the adoption of new technologies by Saudi businesses, which will significantly support the increase in local content and contribute to the achievement of the objectives of Saudi Vision 2030.

It is the only cognitive metaverse in development with all features in one scalable platform, bridging physical and digital environments and offering real-time translation and humanoid robotic avatars.

XVRS is part of a US$1 billion investment by NEOM Tech & Digital Company in AI-driven technology, which also includes M3LD, a data management platform that empowers users to regain control of their data.

Joseph Bradley, CEO of NEOM Tech & Digital Company, said: “The future will be defined by cognitive meta cities. It is a vision focused on experiences rather than scale. XVRS puts human needs at its core – it is designed to give people more time, space and enhanced safety. M3LD, meanwhile, will place data ownership back in the hands of users and restore trust in the data economy.”

J&T Express Group, one of the world’s fastest-growing logistics companies, announced an investment of US$2 billion with eWTP Arabia Capital and partners to open their MENA regional headquarters and set up logistics and distribution capabilities in Riyadh to better serve local customers and partners.

His Excellency the President of the General Authority of Civil Aviation (GACA), Abdulaziz Al-Duailej, said: “The logistics infrastructure and facilities that will be established through this partnership will not only accelerate the growth of distribution and cargo in Saudi Arabia, but will also leverage our geographic location at the heart of the Middle East and North Africa to make Saudi Arabia into the leading center for advanced logistics services.”

“In the next 10 years, together with eWTP Arabia Capital and other strategic partners, J&T will invest in the most advanced hardware and software equipment in Saudi Arabia, train the most outstanding professional team, build the largest intelligent logistics industrial park in the MENA region, serve the entire regional market, and promote the comprehensive development of the local technology-driven industrial economy,” said Jet Lee, Founder and Chairman of the J&T Express Group.

KACST announced ‘The Garage: Start-up District’, a combination of physical location, start-up incubator, accelerator and more, that will provide start-ups with grants, investment, marketing and training support, full-service workspaces, in addition to access to deep-tech labs, talent and research networks, amongst other incentives to empower local and international start-ups to become the leading technology companies of tomorrow. The Garage aims to launch start-ups with local and international potential.

“The Garage is inspired by the humble beginnings of some of the biggest companies in technology today, and aims to provide everything that start-ups need to grow their ideas, to become the next global technology giants. It is conveniently located in close proximity to state-of-the-art facilities and to large numbers of talent which creates an ideal startup district,” said H.E. Dr. Munir Eldesouki, President of KACST and head of the Research, Development and Innovation Authority foundation team.

The Digital Cooperation Organization (DCO), a multinational organization established to enable digital prosperity for all, today announced the launch of the DCO Start-up Passport to make it quicker, easier and less expensive for start-ups to do business across borders, opening up potentially lucrative markets with a combined population of more than half a billion people.

Deema Al-Yahya, Secretary General of the DCO said: “The Start-up Passport reduces administrative and financial burdens and accelerates corporate registration and other processes for entrepreneurs. Through this passport, they will be able to enter the markets of other DCO member states. This will further our mission of coordinating efforts and sharing expertise to grow the digital economy for the benefit of all nations.”

The Start-up Passport provides expedited entry and support in the markets of eight DCO countries. The initiative will be rolled out initially in Saudi Arabia and Nigeria.

During LEAP 22, the DCO also endorsed Elevate50, an initiative launched to support 50,000 small to medium-sized enterprises over the next three years to sell their products online. Supported by the Jordanian ecommerce platform MakanE, Elevate50 is projected to generate 5,000 jobs and specifically target businesses run by women and young people.

The inaugural LEAP is set to become the world’s largest debut technology platform. It will spotlight the entire innovation ecosystem, connecting pioneers and disruptors with business and government leaders, entrepreneurs, investors and more to experience and learn about the technologies of the future.