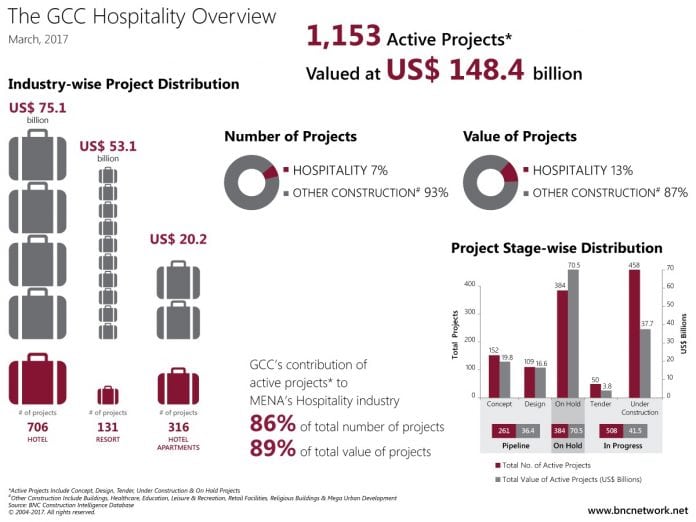 The total value of 1,153 hospitality projects in the six members of the Gulf Co-operation Council, GCC, exceeded US$148.4 billion (AED544.62 billion) in the first quarter of 2017, according to a new report by project research and intelligence provider BNC Network.

The report reflects the growing focus on tourism sector development by the governments of Gulf countries- Saudi Arabia, UAE, Oman, Qatar, Bahrain and Kuwait- gradually trying to diversify revenue base and reduce dependence on hydrocarbon, according to the Dubai-based BNC.

“With the upcoming mega events such as Expo 2020 in Dubai and the World Cup in Qatar, the GCC governments are obviously preparing themselves for major global events that require additional hotel and tourism facilities that also will help them diversify revenue sources,” said Avin Gidwani, Chief Executive Officer of BNC Network.

Regional tourism sector will get a major boost in the years to come, thanks to the ongoing economic integration process and as the GCC countries prepares to develop a common market and once the physical infrastructure – such as the GCC rail networks connect the major cities, he noted.

“People from one city will travel to the other for overnight stay and return without having to cross the border formalities – such as the European Union. The region is preparing for such heavy tourism traffic. There will be a time when people will board a train from Ras al-Khaimah [in UAE] to perform Umrah [an extra, optional pilgrimage that does not count as the once-in-a-lifetime Hajj] in Makkah [Saudi Arabia] and return to Ras Al Khaimah a day later,” Gidwani added. 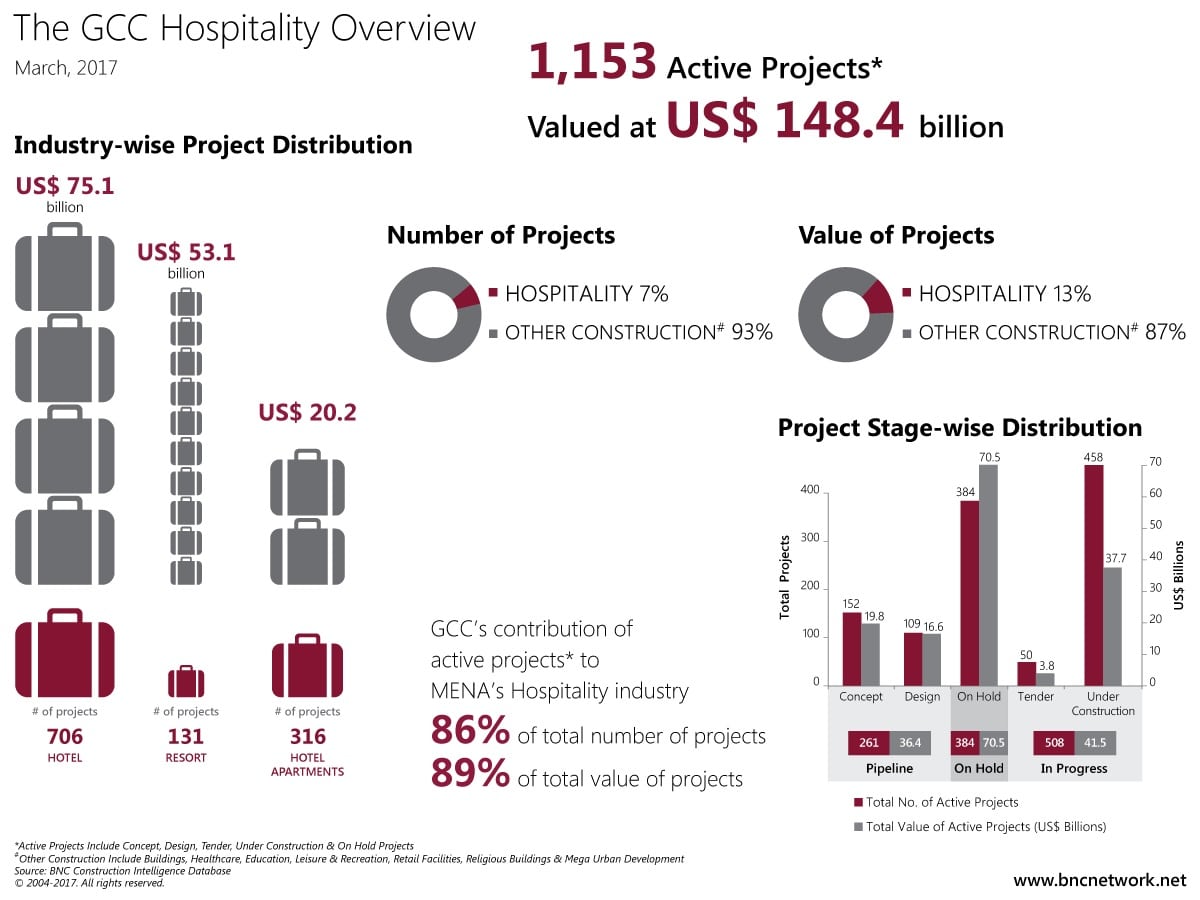