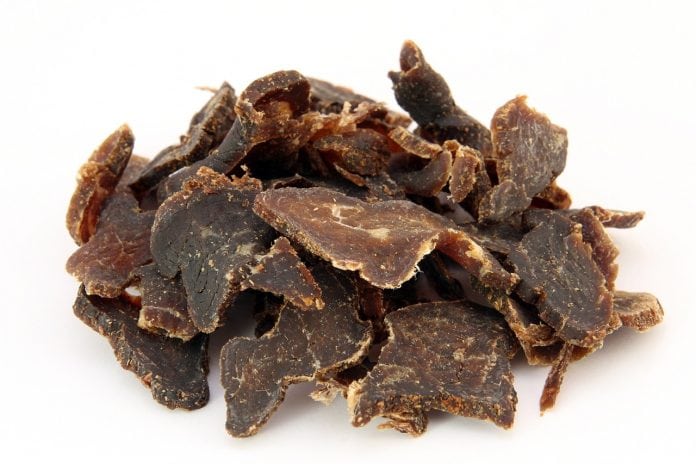 We’ve all heard it: eating salty foods makes you thirstier. But what sounds like good nutritional advice turns out to be not true in the long-run. In a study carried out during a simulated mission to Mars, an international group of scientists has found exactly the opposite to be true. “Cosmonauts” who ate more salt retained more water, weren’t as thirsty, and needed more energy.

For some reason, no one had ever carried out a long-term study to determine the relationship between the amount of salt in a person’s diet and his drinking habits. Scientists have known that increasing a person’s salt intake stimulates the production of more urine — it has simply been assumed that the extra fluid comes from drinking. “Not so fast!” say researchers from the German Aerospace Center (DLR), the Max Delbrück Center for Molecular Medicine (MDC), Vanderbilt University and colleagues around the world. Recently they took advantage of a simulated mission to Mars to put the old adage to the test. Their conclusions appear in two papers in the current issue of The Journal of Clinical Investigation.

What does salt have to do with Mars? Nothing, really, except that on a long space voyage conserving every drop of water might be crucial. A connection between salt intake and drinking could affect your calculations — you wouldn’t want an interplanetary traveler to die because he liked an occasional pinch of salt on his food. The real interest in the simulation, however, was that it provided an environment in which every aspect of a person’s nutrition, water consumption, and salt intake could be controlled and measured.

The studies were carried out by Natalia Rakova (MD, PhD) of the Charité and MDC and her colleagues. The subjects were two groups of 10 male volunteers sealed into a mock spaceship for two simulated flights to Mars. The first group was examined for 105 days; the second over 205 days. They had identical diets except that over periods lasting several weeks, they were given three different levels of salt in their food.

The results confirmed that eating more salt led to a higher salt content in urine — no surprise there. Nor was there any surprise in a correlation between amounts of salt and overall quantity of urine. But the increase wasn’t due to more drinking — in fact, a salty diet caused the subjects to drink less. Salt was triggering a mechanism to conserve water in the kidneys.

Before the study, the prevailing hypothesis had been that the charged sodium and chloride ions in salt grabbed onto water molecules and dragged them into the urine. The new results showed something different: salt stayed in the urine, while water moved back into the kidney and body. This was completely puzzling to Prof. Jens Titze, MD of the University of Erlangen and Vanderbilt University Medical Center and his colleagues. “What alternative driving force could make water move back?” Titze asked.

Experiments in mice hinted that urea might be involved. This substance is formed in muscles and the liver as a way of shedding nitrogen. In mice, urea was accumulating in the kidney, where it counteracts the water-drawing force of sodium and chloride. But synthesizing urea takes a lot of energy, which explains why mice on a high-salt diet were eating more. Higher salt didn’t increase their thirst, but it did make them hungrier. Also the human “cosmonauts” receiving a salty diet complained about being hungry.

The project revises scientists’ view of the function of urea in our bodies. “It’s not solely a waste product, as has been assumed,” Prof. Friedrich C. Luft, MD of the Charité and MDC says. “Instead, it turns out to be a very important osmolyte — a compound that binds to water and helps transport it. Its function is to keep water in when our bodies get rid of salt. Nature has apparently found a way to conserve water that would otherwise be carried away into the urine by salt.”

The new findings change the way scientists have thought about the process by which the body achieves water homeostasis — maintaining a proper amount and balance. That must happen whether a body is being sent to Mars or not. “We now have to see this process as a concerted activity of the liver, muscle and kidney,” says Jens Titze.

“While we didn’t directly address blood pressure and other aspects of the cardiovascular system, it’s also clear that their functions are tightly connected to water homeostasis and energy metabolism.”