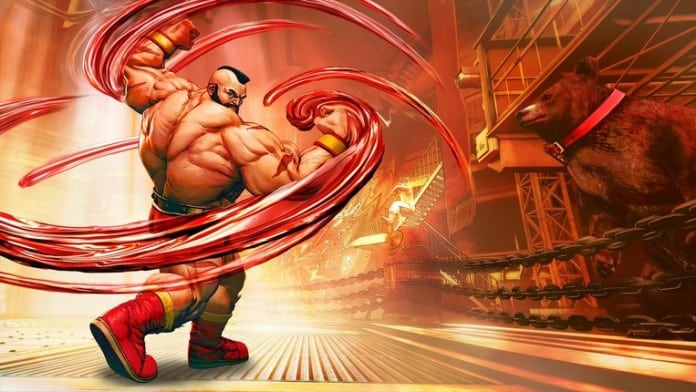 Capcom revealed that the Street Fighter mainstay (and cameo star of Wreck-It Ralph) will be a playable character in the upcoming sequel, revealing his look and the latest iteration of his moves in an accompanying trailer. The red cyclone will be rejoining the brawl in Street Fighter V, as Zangief has been officially announced for the game’s roster.

Zangief has been with the Street Fighter franchise since Street Fighter II, most recently appearing in the Street Fighter IV series. His V-Skill, shown off on the Capcom blog, is the Iron Muscle skill, which allows him to absorb an attack to regenerate health and possibly strike an opponent, while his V-Trigger is the Cyclone Lariat, which will pull an opponent close to Zangief as he spins and can strike them multiple times.

Street Fighter V is set to release in 2016 for the PlayStation 4 and Windows PC.