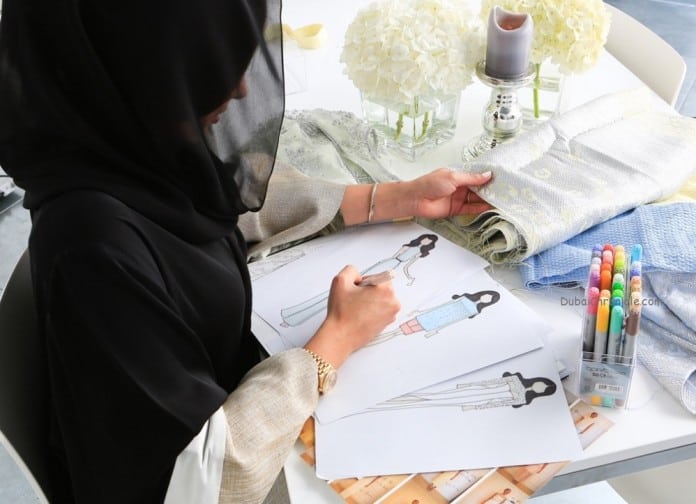 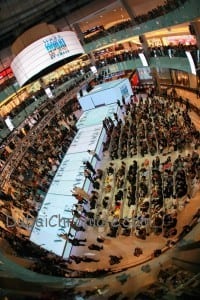 Serving as a mentoring platform to nurture the upcoming generation of fashion designers and set a benchmark to encourage future talent, ‘Vogue Fashion Dubai Experience’ (VFDE), the Middle East’s largest fashion event of its kind, will present fashion lovers, residents, and tourists with a glamorous atmosphere during three days of fashion celebrations. To be held at The Dubai Mall from October 30 to November 1, 2014, the second edition of VFDE will host an array of workshops and panel discussions.

Following the first global talent scouting competition launched in January 2014 and organised by The Dubai Mall and Vogue Italia, with the support of BySymphony.com, 20 emerging designers have been selected to showcase their women’s and accessories S/S 2015 collections at this year’s edition of VFDE, at the exclusive ‘International Talents Showcase’ at Armani Hotel Dubai that will be held on October 31 and November 1. 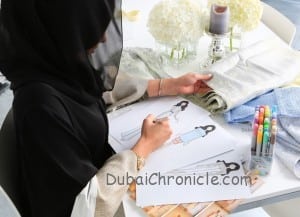 The criteria set by Vogue Italia to select the 20 designers, from hundreds of applications received, include originality and the concept behind the project and personality of the brand, among others.

The 20 emerging selected designers are: Anabela Chan from the UK for Anabela Chan, Astrid Sarkissian from France for Astrid Sarkissian, Odély Teboul and Annelie Augustin from France and Germany for Augustin Teboul, Faiza Bouguessa from France/Algeria for Bouguessa, Carlotta De Luca from Italy for Charline De Luca, Martina Grasselli from Italy for Coliac, Dora Abodi from Hungary for Dora Abodi, Lubna and Nadia Al Zakwani from Oman for Endemage, Eun-Jung Lee from South Korea for Eun-Jung Lee, Heaven Tanudiredja from Indonesia for Heaven Tanudiredja, Hema Kaul from India for Hema Kaul, Farah Nasri from Lebanon for Hooked | HKD, Eva Lai from the USA for i’Alave, Marius Janusauskas from Belgium for Marius Janusauskas, Millicent Nobis from Australia for Mies Nobis, Kostya Omelya from Ukraine for Omelya Atelier, Reem Al Kanhal from Saudi Arabia for RK Designs, Sarah Angold from the UK for Sarah Angold Studio, Shamsa Alabbar from the UAE for Shamsa Alabbar, and Steven Tai from Canada for Steven Tai.

VFDE will also celebrate the talent of eight new international designers at a fashion show to be held at The Dubai Mall Fashion Catwalk on October 30. The designers were selected by Vogue Italia as part of VFDE’s focus on mentoring the new generation talents. A panel of international fashion players will attend the exhibit of their S/S 2015 collections giving them the opportunity to be seen and potentially break into new markets.

Last year, the emerging designers who presented their collections at the fashion show gained tremendous visibility and consequently achieved concrete acknowledgment by the fashion industry. 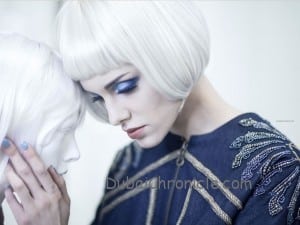 Abdulla Lahej, Group Chief Executive Officer of Emaar Properties PJSC, said: “The first edition of Vogue Fashion Dubai Experience elevated Dubai to the league of a global fashion capital. This year’s selection of emerging and new designers is a testament to the incredible potential of the region, and serves as a platform to further strengthen their global outreach.

He added: “We are privileged to host the talents selected by Vogue Italia, one of the most influential fashion magazines and a leading name in the global fashion industry, and to showcase their collections, mentored by Franca Sozzani, Vogue Italia Editor-in-Chief. With VFDE, we are not only bringing the best of the fashion from around the world but also giving regional and international talents the opportunity to unveil their true potential.”

The Dubai Mall is the world’s most visited shopping and entertainment destination. In 2013, it welcomed over 75 million visitors. In addition to the 1,200 retailers, the flagship asset of Emaar Malls Group is home to more than 200 F&B outlets and several world-class leisure attractions.