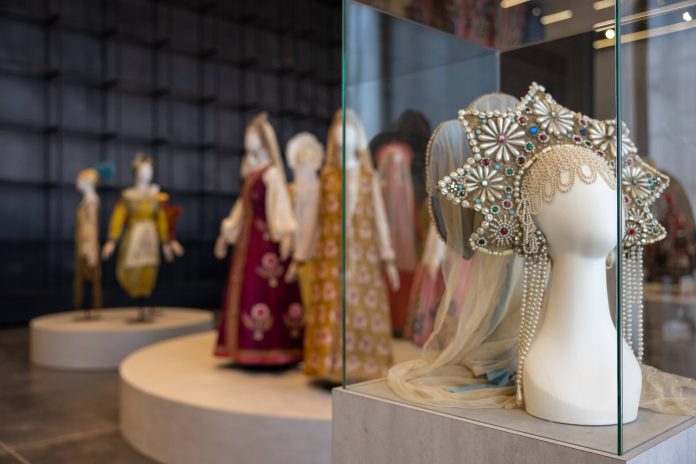 “It is my passion to share the joy of fashion and the inspiration and stories behind the rich array of style we preserve at the foundation,” says fashion historian and journalist Alexandre Vassiliev, the curator of this private collection. “I can think of no better time or place to bring together our historical journey of global fashion influence than here in Dubai, a melting pot of culture and fashion influence, whilst Dubai EXPO 2020 brings the world together in mutual appreciation,” finishes Alexandre.

Curated by the The Alexandre Vassiliev Collection, this event brings authentic heritage fashion influenced by global icons, fashion and theatre trends and political movements.  The twentieth century contributes the richest part of the collection and consists of thousands of dresses made between 1900 and 2000 by major fashion couture houses as well as ready-to-wear, sometimes having belonged to great personalities such as the Duchess of Windsor, Lauren Bacall, Leslie Caron, Romola Nijinski, Fafzia Princess of Egypt, Eleonora Duse and others.

The Foundation itself preserves pieces from the greatest French houses; such as Doucet, Paquin, Poiret, Chanel, Schiaparelli, Dior, Courreges and others. Artworks of international houses such as Redfern, Fortuny and Babani are also preserved and the foundation has a particular focus on objects of fashion that are linked to major political shifts, including the entire wardrobe of the Russian millionairess Tatiana Samsonov and clothing associated with the Russian Revolution.

The Moscow EXPO-2030 Bidding committee stated ‘We are so pleased to be able to promote this event to showcase the style and soul of Russian fashion, and demonstrate a small part of the beauty and passion that makes our Moscow EXPO 2030 application bid so unique’

Timings are 12pm-10pm daily and entry is free for all

In April 2021, Russia was the first to nominate Moscow for the right to host EXPO – 2030. The theme of the Russian Exhibition is “Human Progress: a Shared Vision for a World of Harmony”.

Russia has been participating in the EXPO since the very first exhibition in 1851 in London, the Russian pavilions have been repeatedly recognized as the best, and the demonstrated domestic inventions have repeatedly received prestigious awards. But at the same time, Russia has never held an EXPO.