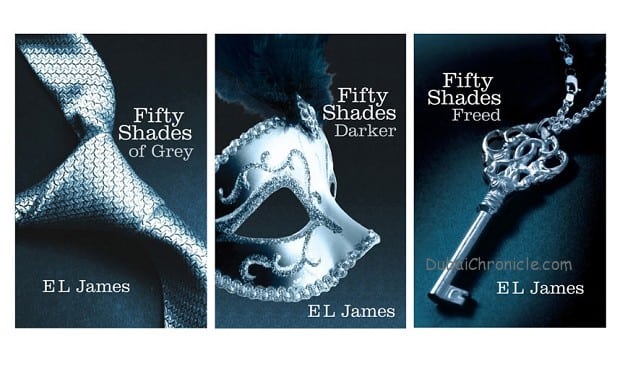 If you are among the millions who have read the E. L. James’ bestseller trilogy Fifty Shades of Grey

, you are now probably anticipating to see its characters come to life on the big screen. Good news – the film adaptation of Fifty Shades of Grey got an official release date – August 1st, 2014!

The movie will hit North American theaters on the first day of August next year. However, there is still no news on the international release date of the flick. Despite that it is expected that Universal Pictures will announce it soon enough.

The film version of one of the fastest selling book series in the world will be directed by Sam Taylor-Johnson. He is also known for his work on “Nowhere Boy,” which tells the story of the young John Lennon. Not long ago, Taylor-Johnson said that he is very excited to be entrusted with this project. In addition, the director shared that he was also a fan of the James’ book and that he will do his best to create a movie faithful to its original.

Producers of the movie are Fifty Shade’s author E. L. James, as well as Dana Brunetti and Michael De Luca. Kelly Marcel has the task to write and develop the screenplay.

However, the biggest mystery around the movie is who will get the role of main character Christian Grey. The media has already lined up many Hollywood names. The most talked about are white-collared Matt Bomer, Mr Superman Henry Cavill, as well as vampire boys Ian Somerhalder, Matt Davis and, of course, Robert Pattison. Nevertheless, the official cast is yet to be announced.

Fifty Shades of Grey was published in 2011 and it quickly became one of the top selling books ever. Up to this moment, it has sold in over 70 million printed and electronic copies worldwide. The trilogy also includes Fifty Shades Darker and Fifty Shades Freed and it follows the sexual relationship between college student Anastasia Steele and young billionaire Christian Grey.