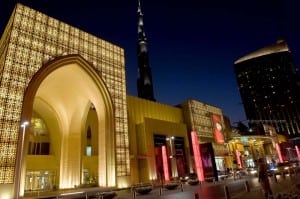 At an event held at At.mosphere, located in Burj Khalifa, Emaar showcased four of its Guinness World Records – the Tallest Building and Tallest Man-made Structure Ever for Burj Khalifa; Largest Shopping Centre for The Dubai Mall and Highest Restaurant from Ground Level for At.mosphere. 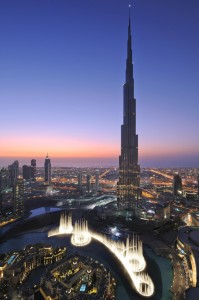 Managing Director of Emaar Properties Ahmad Al Matrooshi said: “We are honoured to be recognised with the Guinness World Records for our iconic developments. The records are a true demonstration of Dubai’s ability to innovate, and add to our city’s civic pride. For us, the goal is not simply to set records. Through our accomplishments we look to inspire the world and to encourage people to think beyond the obvious and push their boundaries. All our record-holding achievements have set benchmarks globally, and will serve as referral points for future developments in high rises, malls or luxury restaurants.” Described as both a ‘Vertical City’ and ‘A Living Wonder,’ Burj Khalifa rises gracefully from the desert, and honours the city with its extraordinary union of art, engineering and meticulous craftsmanship. At 828 metres (2,716.5 ft), the 200 plus storey Burj Khalifa has 160 habitable levels, the most of any building in the world. The tower, located in the heart of Downtown Dubai, the 500-acre mega-development of Emaar described as ‘The Centre of Now,’ became the world’s tallest man-made structure just 1,325 days after excavation work started in January 2004. Burj Khalifa utilized a record-breaking 330,000 cubic metres of concrete; 39,000 tonnes of steel reinforcement; 103,000 square metres of glass; and 15,500 square metres of embossed stainless steel. The tower took 22 million man hours to build. 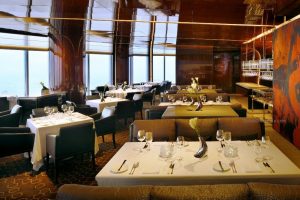 At.mosphere is located on Level 122 of Burj Khalifa, at a height of 442 metres (1,350 ft). It is only two levels below ‘At the Top, Burj Khalifa,’ the world’s highest observatory deck with an outdoor terrace. The outlet offers two exceptional dining experiences – a vibrant lounge and a delectable grill. The entrance is through Burj Khalifa’s Corporate Suites lobby with guests exiting the express elevator on Level 123 to face a two-storeyed glass atrium. A flight of cantilevered staircases lead them to the arrival lobby where they can enjoy panoramic views of the city.

The grill at At.mosphere, open for lunch from 12.30pm to 3pm and for dinner from 7pm to 11.30pm, is billed as ‘the must visit’ restaurant in the city, on par with the world’s finest. The upscale lounge, with a seating capacity of 130 and a private area for 35, is open from 12pm to 2am, and opens to glittering views of the city. Adorned in mahogany walls and ceilings, Adam Tihany furnishings, and floors of caf? au lait limestone and hand-tufted carpet, At.mosphere also has a stunning beverage display and cellar.

Asia Emerging Stronger Than Ever in The Post-pandemic World