Reinforcing its commitment to rugby Emirates- the Worldwide Partner of the 2011 Rugby World Cup – has today signed a sponsorship agreement with the UAE Rugby Association (UAERA), becoming the Official Airline of the association and its National teams. 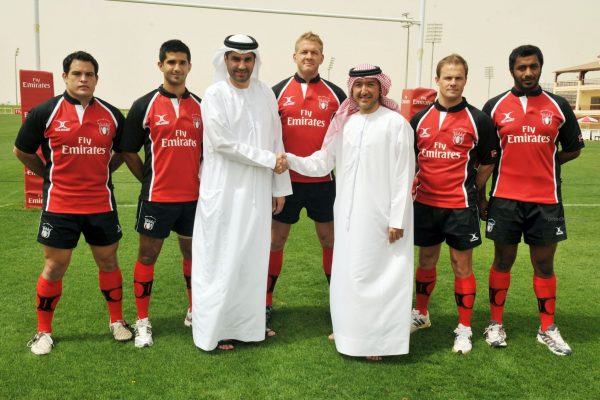 The agreement will span five years and will see the Emirates logo proudly displayed on playersâ€™ shirts across the league, making its international debut on 23rd April when the UAEâ€™s National team take on Sri Lanka in the 2011 Asian 5 Nations tournament.

Emirates has been the driving force behind some of the UAEâ€™s most popular rugby events, most notably the Emirates Airline Dubai Rugby Sevens that has been a resounding success since inception in 1987.

â€œEmirates has a strong affiliation with rugby both in the UAE and around the globe and our sponsorship of UAERA is an excellent way of reinforcing our passion for the sport,â€ said Ahmed Khoory, Emirates Senior Vice President Commercial Operations, Gulf, Middle East and Iran. â€œThe popularity of rugby in the UAE continues to grow each year and it is our intention that this sponsorship further stimulate the development of rugby in the emirates.â€ 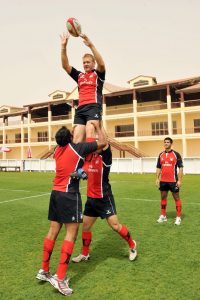 Already popular with the UAE western expatriate community, rugby is also gaining a strong and loyal following from the local population, with a number of UAE National players currently part of the UAERA league.

â€œThe UAERA is very proud to have secured Emirates as the Official Airline of the UAERA. Emirates are an undisputed leader in the sports-sponsorship arena, and this agreement offers a strong statement of belief and support in our focus and the future direction of rugby in the UAE,â€ said UAERA Chairman Mohammad Abdulrahman Falaknaz. â€œWe look forward to working closely with Emirates in our collective goal to grow the game beyond its current level well into the future.â€

Emiratesâ€™ commitment to rugby will come to the fore this September as Worldwide Partner of the 2011 Rugby World Cup, to be held in New Zealand.

The airline has rugby sponsorships around the globe including partnerships with the IRB (International Rugby Board), USA Rugby and the Rugby World Cup Sevens. Emirates is also the Official Sponsor of the UKâ€™s Rugby Football League, Super League and the England Rugby League Team.