The birthplace of HH the late Sheikh Zayed, former president of the UAE, Al Ain is the second city located in the emirate of Abu Dhabi and touches the border with Oman at the enclave of Buraimi. Boasting the region’s largest oasis, Al Ain is the greenest city in the Emirate of Abu Dhabi with shrub-filled parks, palm-lined highways and colorful flowers in the cooler months. 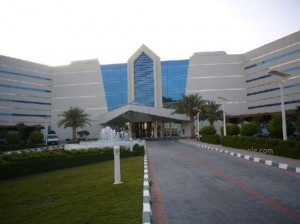 The city is also home to one of the UAE’s highest mountains, Jebel Hafeet, easily accessible via a 14-kilometers highway, although if you want to ascend on foot the choice is yours! The view from the summit offers a 360-degree panorama over the low-lying city and surrounding desert. The Mercure Grand Jebel Hafeet with 124 rooms is a unique mountain oasis resort, located on the top of the Hafeet Mountain at 915 m. The hotel offers 2 restaurants, a coffee shop and a bar with breathtaking views of the city. During the Eid Al Adha holidays room rates start from AED476 ($129).

Al Ain also boasts a profusion of old forts – some restored and some picture-perfect in their ruinous state – as well as a camel market, central souk, zoo and hot springs. If you like to explore it, the best choice of hotel is Al Ain Rotana Hotel from AED750 ($203) during the Eid Al Adha holidays. Modern luxury and traditional Arabic hospitality await you from the moment you step into the Al Ain Rotana Hotel. Elegant suites, poolside rooms and chalets located in the business and commercial district of the city, close to major tourist attractions.