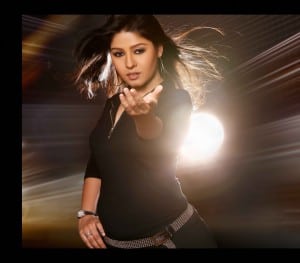 India’s top singing diva, Sunidhi Chauhan, is all set to perform this DSF in an exclusive concert on Thursday, February 18, titled â€˜Salaam Dubaiâ€™. The concert will begin at 9:30pm and be held at the Madinat Arena Dubai where the dynamic singer will belt out her most famous hits.

Tickets are priced at AED150, 250, 500 and 1000, and are available at Choithram outlets, in addition to www.timeouttickets.com and www.boxofficeme.com.

Credited with over 2000 songs, Chauhan began to sing at the age of four, and was discovered by a local TV anchor. She won recognition through a televised singing contest, Meri Awaz Suno, which she won, and made her entrance into playback singing. She has been nominated for twelve Filmfare Awards, winning it on three occasions. She has also won two Star Screen Awards, two IIFA Awards and one Zee Cine Award.