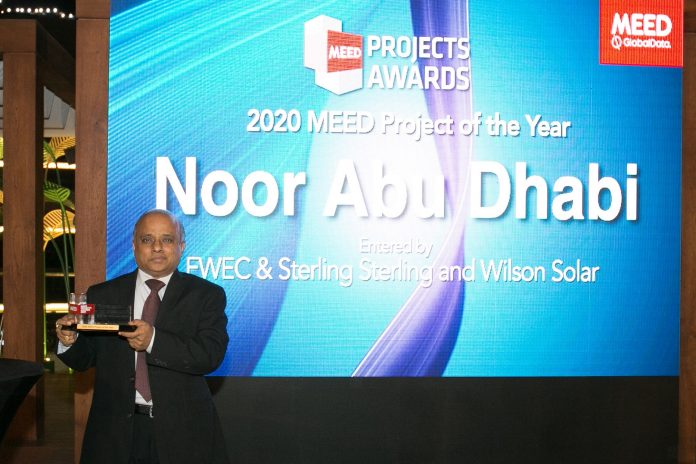 MEED-GlobalData has revealed the winners of its 10th annual MEED Project Awards at an awards ceremony in Dubai. The awards celebrate the GCC’s best projects completed in 2018 and 2019.

25 organizations from UAE, Saudi Arabia, Kuwait, Bahrain, and Oman were commended for their achievements across 19 unique categories – including Commercial Property Project of the Year, Digital Infrastructure Project of the Year, Healthcare Project of the Year and more – in delivering some of the GCC’s best projects, reiterating the efforts that the entire region is taking to develop projects that are strategically vital to the growth of the region, driving the GCC’s projects market forward.

The 2020 edition of the awards received over 130 entries from leading organisations, project owners, contractors and consultants. ASGC received the coveted Education Project of the Year Award, while King Abdullah University of Science and Technology, Saudi Arabia received the Sustainability Medal 2020 for its Innovative Hybrid Solar Desalination Cycle. Projects were judged on aspects from the design concept through to engineering, construction and project delivery, as well as environmental and societal impact.  Aluminium Bahrain B.S.C. was presented with the Industrial Project of the Year, while other key players in the projects industry including ACWA Power, Saudi Water Partnership Company, ALEC Engineering and Contracting were also awarded at the ceremony.

As part of the editors special awards, Sachin Watarkar of Lalbuksh Voltas Engineering Services & Trading LLC was awarded Engineer of the Year. Khatib & Alami, AF Construction and Kuwait Oil Company were also recognized as part of the awards.

“Over the past two decades, the GCC has delivered some of the most outstanding projects ever built,” says MEED editorial director Richard Thompson. “These projects are delivering national visions and are laying down the foundations for the future success of this region. And with nearly 6,700 projects planned or underway across the region, with a combined value that is close to $3tn, there is a vast pipeline of future projects.”

“But the world is changing, and the key success factors of future projects will be different to those of the past,” says Thompson. “The drive to limit the effects of climate change will see increasing focus on decarbonisation and energy efficiency, while commercial and economic pressure will demand ever-greater value from projects through their whole life cycle. The demand for smart cities and smart infrastructure requires greater flexibility from our built environment, at the same time as the fourth industrial revolution and a new generation of young people is forcing the digitalisation of the way projects are delivered.”

“Change is already underway,” says Thompson. “And the winners and shortlisted finalists of the MEED Project Awards 2020 shine a spotlight on the projects that are at the cutting edge of that change. The MEED Project Awards celebrates the greatest achievements of the GCC projects industry, and promotes innovation and best practice in project delivery. Even amid the Covid-19 pandemic and through challenging economic conditions, this year’s entries were of the highest calibre we have seen in the ten years of these awards, and they have demonstrated brilliance in architecture, engineering and construction. Congratulations to all of the organisations behind the winning projects, which come from a diverse range of sectors from travel and tourism, to oil and gas and even digital architecture.”