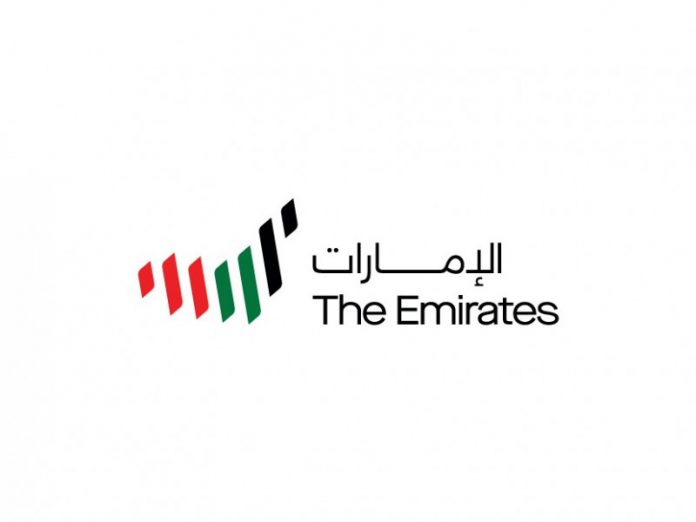 The logo attracted the majority of 10.6 million votes cast from all over the world to choose the design that will share the inspiring story of the Emirates. Complementing the slogan ‘Make it Happen’, the logo captures the ambitions, achievements, openness, hope and the culture of possibilities that are an integral part of the country’s fabric.

The launch was part of an event at Qasr Al Watan in Abu Dhabi that brought together the ‘Inspiring 49’ team of Emirati artists, authors, poets and designers who contributed to designing three logos to represent the UAE to the rest of the world.

Sheikh Mohammed bin Rashid Al Maktoum said, “The UAE Nation Brand represents our map, our identity and our rising aspirations. It also represents seven emirates, seven founders and seven horses with which we will compete in the global race for development.”

“Opening the vote globally to choose the design of the UAE Nation Brand highlights the human dimension of the UAE’s values of partnership and openness,” he added.

Noting that the ongoing tree-planting initiative has contributed to spreading hope, His Highness said, “The Emirates will plant 10 million trees, and with them we will plant a new hope and a new story of inspiration. We call on all sectors and entities in the country to use this logo as part of their strategic initiatives and events that help convey the UAE’s story to the world.”

The humanitarian initiative attracted an overwhelming global response with 10.6 million votes from 185 countries and 500 million social media views by the end of the voting campaign on 31st December 2019. Fulfilling its pledge, the UAE will plant ten million trees to empower communities in areas affected by climate change in Nepal and Indonesia.

For his part, Sheikh Mohamed bin Zayed said, “The UAE Nation Brand tells the story of our union, our unity, our future and of a country that is firmly making its mark across the world. Our goal for the new brand is to enhance the Emirates’ global reputation, in which we invested thousands of teams throughout 48 years of constant work.”

“The map of the Emirates is close to the heart of every citizen and resident of this country. We appreciate everyone’s efforts to advance the glory of this map globally. We thank each individual and organization that helped in the implementation of this national project and those who voted from all over the world to select the UAE Nation Brand,” he added.

The slogan ‘Make it Happen’, which will drive the UAE Nation Brand, embodies the culture of possibilities that distinguishes the country’s story, the thinking of its leaders and the nature of the projects it launches. The slogan also confirms the country’s ambitions that have no limits and defy the impossible.

The Emirates has long been a land of opportunities that opens its doors to people from across the globe to unleash their creativity, fulfill their potential, and achieve their hopes, dreams and aspirations. People, government institutions and businesses can use the logo to express the great potential of every individual and limitless ambitions.

The winning ‘Seven Lines’ logo captures the values of unity and cooperation that the national project, its custodians and the 49 innovators who worked on it included in the design of the UAE Nation Brand with the aim of creating an unprecedented development experience and raising the Emirates’ profile on the world map.

The logo also portrays the seven emirates and the seven founding fathers in ascending lines that express unlimited ambition.

The design comprises seven lines that shape the UAE map, inspired by the country’s high-rise pillars and firm foundations, its strong spirit, its lofty dreams and its development ambitions. The seven pillars form the foundations of the shared home and honour the seven leaders who united the dreams of the people under one national banner.

The formation of the Nation Brand Office as part of the Public Diplomacy Office at the Ministry of Cabinet Affairs and the Future was also announced to coincide with the Brand. The Office will serve as the reference for the use of the logo and issue user guides for all sectors and institutions.

A total of 49 artists across different professions, seven from each emirate, were invited to design and create a new logo that represents the UAE in a one-day innovative workshop. Late in November 2019, the ‘Inspiring 49’ were divided into seven groups titled Al Dana, Al Saqr, Al Nakhla, Al Sedra, Al Boom, Al Ghaf and Al Barjeel to design a selection of logos centered on seven key values of giving, openness, innovation, tolerance, credibility, humility and futuristic vision.

The UAE Nation Brand aims to share the Emirates’ inspiring story of constant development in the face of challenges, highlight the Emirates’ unique identity and strengthen its long-standing positive image in the global consciousness. It strives to cement the country’s position on the world map as an effective and influential nation of regional and global prominence and share milestones of the UAE’s exceptional journey of development that transformed the country into an incubator of innovation and an entrepreneurial hub.