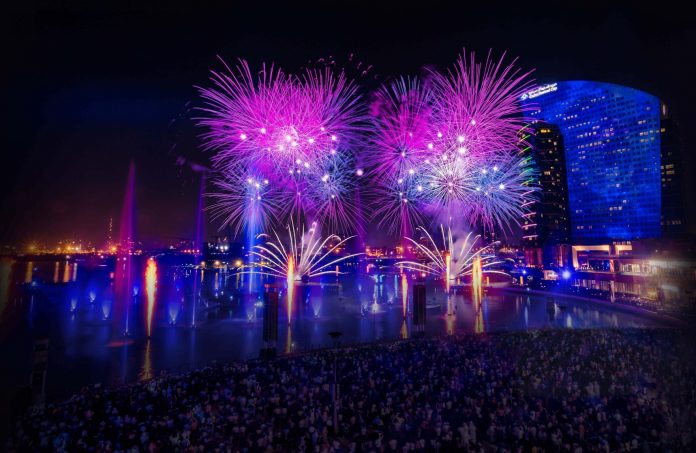 The joyous occasion of Eid in Dubai – Al Adha is almost upon us and there is nowhere better to celebrate than in Dubai. With a calendar of impressive events taking place throughout the celebrations, organisers Dubai Festivals and Retail Establishment (DFRE) reveal the highlights of this year’s line-up:

Witness Dubai’s record-breaking IMAGINE show at Dubai Festival City like never before, with four specially curated shows for Eid in Dubai – Al Adha, synchronised with magical firework displays on 11 and 12 August, at 8pm and 10pm. While at Dubai Festival City, be sure to look out for Sama TV broadcasting live, with exclusive competitions and prizes happening throughout the hour-long show.

Don’t miss the various in-mall roaming entertainment happening throughout the afternoons at participating malls including City Centre Deira, City Centre Mirdif, Dragon Mart 2 and The Outlet Village. Shows include Beauty and the Beast, Pastel Parade and the intriguing Royal Masquerade.

Listen to the fascinating tales from wise Sheibitna, the kind grandfatherly figure at The Dubai Mall from 5pm to 9pm on 11 until 14 August. Spend only AED 100 at any retailer in The Dubai Mall for a chance to get an Eidya from Sheibitna.

Be thrilled by the bespoke and mesmerizing show, Fantasty, especially curated for Mall of the Emirates. Watch in awe as artists perform spell-binding aerial and acrobatic feats set to captivating music, providing a visual feast for the eyes. Shows will take place between 3:30pm until 9:30pm on 12 until 16 August.

Shop and Win up to AED 250,000 in cash prizes across 11 participating malls this Eid in Dubai – Al Adha. Simply make any purchase for AED 200 to receive a raffle coupon that will give you a chance to enter the grand draw. 25 lucky shoppers will get the chance to win cash up to AED 250,000. Malls include Al Barsha Mall, Al Mulla Plaza, City Centre Me’aisam, Dubai Outlet Mall and Time Square Centre.

From 12 until 15 August, spend AED 300 at one of the seven Meraas locations including Al Seef, City Walk, The Beach JBR, Blue Waters, Box Park, La Mer and The Outlet Village for a chance to receive a Meeras Gift Card worth AED 100.

The Pointe and Mastercard are offering a huge 20 per cent off across 30 dining and retail establishments situated at the stunning complex on Palm Jumeirah, until 30 September.

Spend AED 500 at City Centre Mirdif from 8 until 14 August at any of the incredible stores and receive a token to unwrap a special Eidiya from the activation stand. Everyone is a winner, with amazing prices including mall gift cards, VOX Cinema tickets, VIP valley parking and retail vouchers.

It couldn’t be easier to be in the chance of winning extraordinary prizes, including daily AED 10,000 mall gift cards at Mall of the Emirates from 8 until 17 August. Simply spend AED 600 during these 10 days and enter the Shop & Win raffle.

Spin the Wheel of Fashion at City Center Deira and be in the draw of being one of the daily AED 2,000 winners. Happening from 10am until midnight from 8 to 14 August, shoppers can also win instant Mall GiftCards and VOX Cinema tickets. 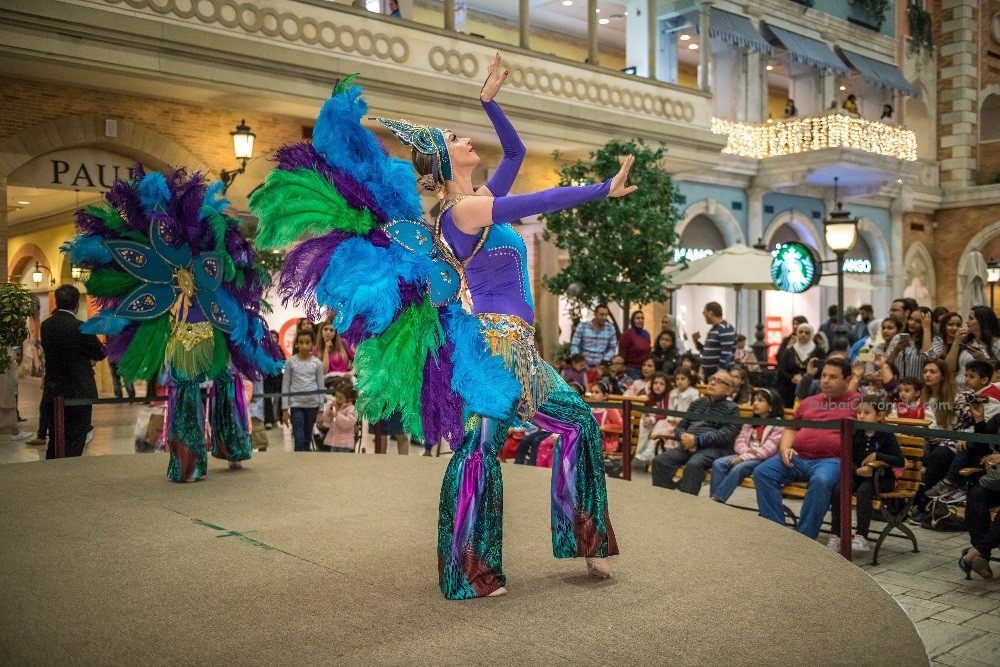 Enjoy a fun-filled Eid at Modhesh World, the region’s popular family edutainment destination, which is offering families and kids fun activities across a variety of themed zones. The free-to-enter Modhesh World is located at Halls 3-7 of the Dubai World Trade Centre.

Two of the biggest-selling artists, Nancy Ajram and Seif Nabeel will be performing on stage at Dubai World Trade Centre on 15 August. Carrying out some of the top hits, the night is set to be one of the biggest events Dubai has ever seen! Tickets start from just AED 95, with the concert taking place from 9pm until 3am.

They’re one of the UK’s biggest selling bands and for the first time ever, global superstars The 1975 will be performing for the first time in the region at Coca-Cola Arena on 14 August. Hear epic hits including ‘Chocolate’, ‘The Sound’ and ‘Somebody Else’ of the award-winning band.

DJ Aqeel, the number one Indian live DJ will be performing in Dubai after a decade. The “Don and Daddy of Remixes” will be returning to the Emirate, spinning his tracks to a packed out crowd at Dubai World Trade Centre on 15 August.

Check out the hilarious line-up during Eid in Dubai – Al Adha with The Laughter Factory. Side-splitting gigs will take place around a variety of locations in the city including Arabian Ranches Golf Club, TRYP by Wyndham and Hilton Dubai Jumeriah. Tickets start at just AED 160.

Turn up the heat this summer as Dubai World Trade Centre sets up indoor stadiums for Dubai Sports World. Bringing outdoor sports into a 25,000sq.m air conditioned space, DWTC is the hub for all things active. Dubai Sports World takes place from 8pm to midnight until 10 September.

Watch Dubai’s most spectacular show for less this Eid in Dubai – Al Adha, with rates to La Perle by Dragone at Al Habtoor City starting at just AED 199 for Silver, AED 249 for Gold, AED 299 for Platinum and AED 599 for VIP. See 65 world-class artists performing breath-taking feats as they dive, fly and even defy gravity on motorbikes.

Make Eid in Dubai – Al Adha action-packed, without spending a fortune thanks to Emaar’s Dubai Big Ticket packages, providing up to 50 per cent off some one Dubai’s biggest attractions including Reel Cinemas, Dubai Aquarium, KidZania and Dubai Ice Rink.