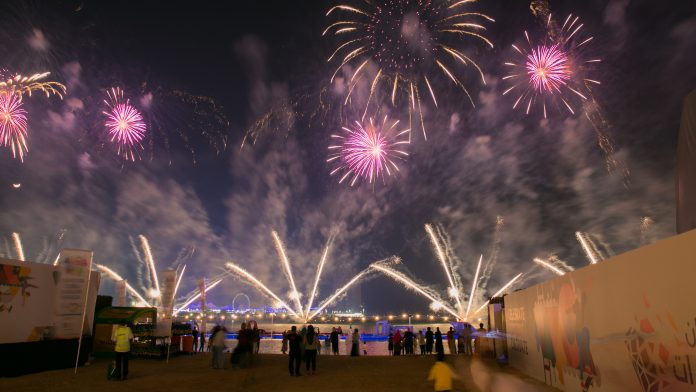 The contest will see four globally renowned teams from Canada, the Netherlands, South Korea and Australia compete across 120 minutes of spectacular fireworks shows on weekends during the Festival

The Department of Culture and Tourism – Abu Dhabi (DCT Abu Dhabi) has announced the programming for an exciting fireworks contest that will be held at the Mother of the Nation Festival 2019. The first of its kind in the UAE, the contest will see renowned pyrotechnics teams from four nations battle it out over two action-packed weekends for the honour of claiming the inaugural winner’s trophy from Mother of the Nation Festival organisers.

In line with the Festival’s themes of cultural diversity, an eclectic mix of international companies were handpicked to participate in the contest. The inclusive nature of the team selection promises to create a superlative level of fireworks displays, with teams travelling from Canada, the Netherlands, South Korea and Australia.

Visitors can enjoy eight epic 15-minute displays that will create breathtaking scenes to fill the skies. An expert panel of judges will assess each show, including Nic Spiteri, Director of FireOne (USA); Bailey Lee, CEO of L.F. Fireworks (Philippines); and Victor Ivanoff, Managing Director of SLK Fireworks (Russia). The fireworks will be launched from a series of off-shore barges at Corniche beach, delighting Festival-goers and bringing a vibrant flash of colour to the night sky.

“The Mother of the Nation Festival aims to deliver world-class entertainment for residents and visitors to Abu Dhabi, and we are proud to include the UAE’s first fireworks contest as part of this year’s programming,” said Farah Al Bakoush, Festivals Development Section Manager at DCT Abu Dhabi. “The programming and activities for the Festival have been carefully chosen to both reflect a pride in the nation’s progress and achievements, and position Abu Dhabi as an innovative destination for outstanding visitor attractions. We look forward to welcoming the teams to Abu Dhabi and seeing what they have in store for us during this spectacular and inspiring contest.”

Each of the displays will be assessed on five key factors; spatial occupation, defined by how the choreography fills the skies; originality of the display, in terms of patterns, designs and shapes; use of colour, with extra marks awarded for elegance and blending in with the surroundings; pace, which considers the tempo and synchronization with music; and acceptance, that gauges the audience reaction to the display. The teams will have two opportunities each to dazzle the judges, as per the schedule below: 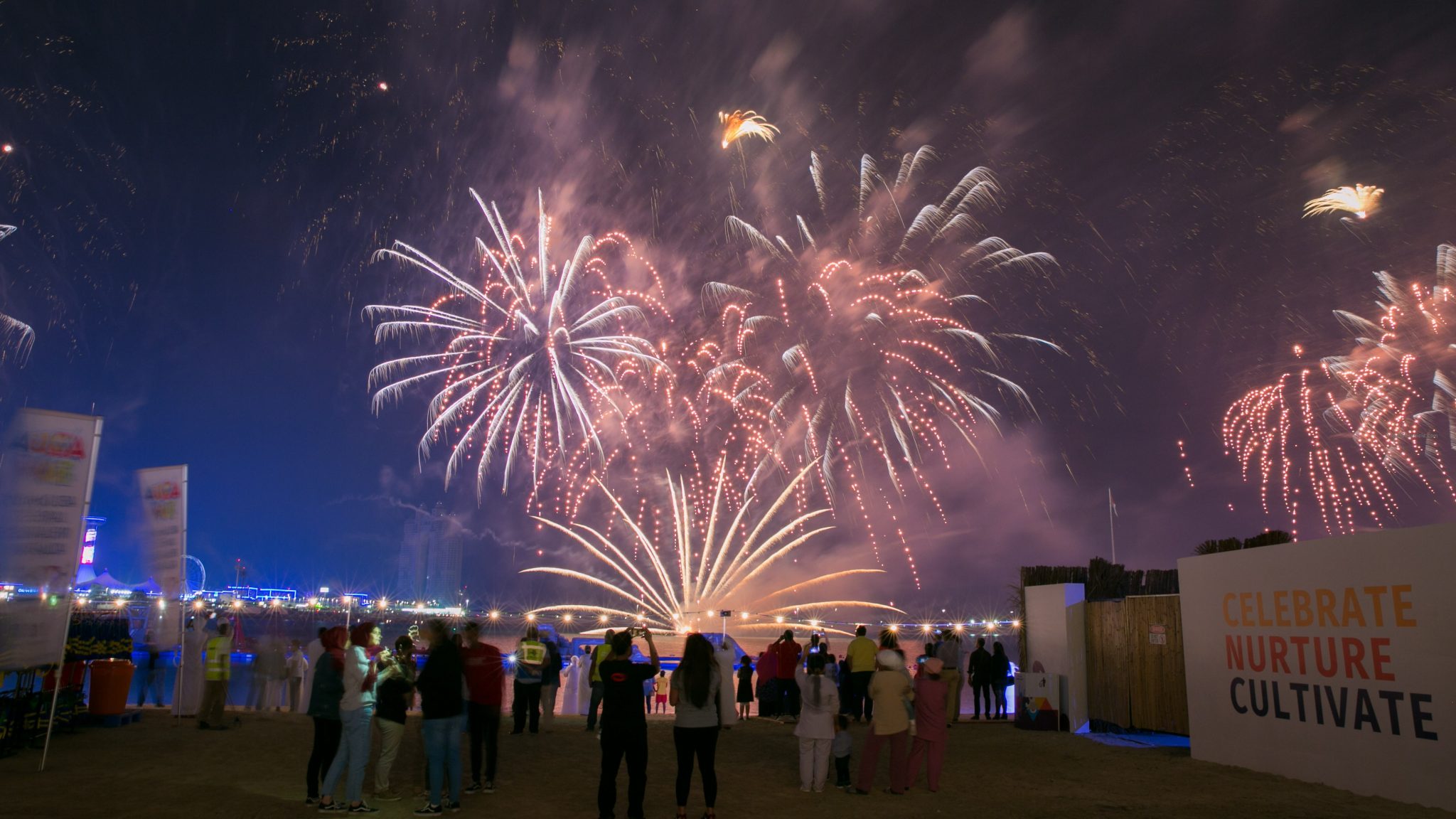 The teams are set to launch a combined total of 87,102 shells over the course of the eight displays, which will be deployed from a series of six floating barges spanning a total of 360 metres. The barges make use of an inverted T-shape that allows single shots to be spaced wider apart, filling the airspace and creating more spectacular designs. The results of the contest will be announced on Saturday 23 March at 11pm, bringing the Festival to an exciting climax on its final day.

The Mother of the Nation Festival will take place at Abu Dhabi Corniche from 12 – 23 March 2019, and is open from 4pm – 12am (Sunday to Wednesday) and 2pm – 12am (Thursday to Saturday). The Festival will showcase the UAE’s growth as a progressive and forward-thinking nation, in line with the national Year of Tolerance initiative. The family-friendly event offers something for everyone, including a range of attractions to see, do and experience for grown-ups, teenagers and children. Visitors can enjoy more than 120 world-class performances, 90 delectable dining experiences and over 35 retail outlets, together with a packed schedule of workshops and events designed to uplift the community.

Tickets can be purchased online by visiting 800tickets.com or motn.ae. Entry tickets are priced at AED 25 per adult and AED 20 for kids between 6 and 12 years of age. A Festival Family Pass is also available (2 adults + 2 children + 2 fast track wristbands) for AED 290. Entry is free of charge for senior citizens and visitors (60 years and above), children below 6 years of age, people of determination, and Cirque du Soleil Bazaar ticket holders.

Cirque du Soleil is performing for the very first time in Abu Dhabi with its new show, Cirque du Soleil Bazzar. Presented by Alchemy Project in association with the Mother of the Nation Festival, the show will take place on Yas Island from 6 – 16 March 2019. Tickets are available now from tixbox.com, and all ticketholders can enjoy free entry to the Mother of the Nation Festival.