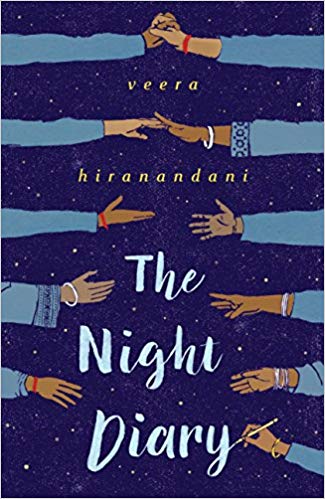 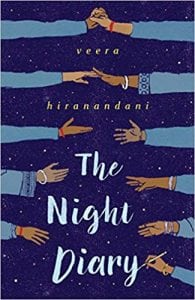 The number one pick in books for young readers this year so far is a beautiful historical novel called The Night Diary. While written for ages 9-12, this is a story that older readers (including adults) will also enjoy, and a terrific book to read as a family. Set in 1947, The Night Diary tells the story of India’s independence from Britain through letters written by 12-year-old Nisha. Nisha’s heritage puts her on both sides of the Hindu-Muslim divide, and the book explores themes of identity and home. It’s a touching and hopeful novel about a significant time in history, and once begun, it’s hard to stop reading.

Right now a 30-day trial is free of charge and you can cancel it without obligations, while if you opt for 3 months membership at Audible.com, you can get up to 66% discount.

Amazon’s editors asked the author, Veera Hiranandani, about the inspiration for The Night Diary. Below is her story.

Last year, I travelled with my father, husband, and two children to Mumbai (Bombay), India. It was the second time I’ve been there and the first time for my husband and children. My father was born into a Hindu family in the Sindh province of Pakistan and had to flee his home during the Partition of India in 1947 when he was nine. During this time, India became Independent from British rule and was divided into two countries, India and Pakistan. The Partition created enormous conflict between Hindus, Muslims, and Sikhs. After Partition, my father’s family eventually settled in Bombay and then he immigrated to the U.S. in his twenties with two brothers and one sister. My Jewish mother was born in Brooklyn, NY. My parents met in Poughkeepsie, eloped in 1968, and have now been married for fifty years.

I grew up in a small town in Connecticut where my parents still live. I never felt fully accepted there with my mixed background. When I was in high school, I wrote a very dramatic poem calling my life in Connecticut “a prison of trees.” I couldn’t wait to leave and find a place where I didn’t feel so different. Still, whenever I drive along Route 7 and up the windy roads back to my prison of trees, I experience a wave of gratitude as the seventies split-level ranch comes into view. I can go home again.

But what if I woke up one morning and discovered that in order to survive, I had to move hundreds of miles away? What if my home was taken from me and my family, like a rug ripped out from under my feet? That is my father’s family’s story and the general story of everyone who survived Partition. My father’s family took a train with only a few bags and made it safely over the new border of India. Many people did not cross safely. It is estimated that 1-2 million people died crossing borders both ways during Partition. They were killed in riots or died of hunger, thirst, or illness. Over 14 million people were displaced.

My father’s story is also the story of a refugee family, an immigrant family. But I didn’t think of it that way when I was a child. I didn’t know the words “refugee” and “immigrant”. I just knew about what happened to them–their individual stories, underneath the labels, because every person who is a refugee or an immigrant has their unique story to tell.

I don’t remember learning about Partition in school or hearing anyone outside my family talk about it. When I became a writer, I felt driven to shape a story around this moment in history. So I wrote The Night Diary, a story about a twelve-year old girl with a Hindu father and a Muslim mother who has to leave her home during Partition. I wanted more people to know about Partition and perhaps learn something from the mistakes that were made. I also wrote it so people like me would get a chance to see part of their family history in a story and possibly, for some, a connection to home.

When I wrote this book, however, I didn’t know it would resonate with the current global refugee crisis. I didn’t know it would connect with the forms of discrimination and xenophobia we’re seeing today and how easily hate and cruelty bloom if we don’t value empathy, kindness, and human rights over everything else. I didn’t know I would consider my main character, Nisha, lucky because she wasn’t robbed of her family, only her home.

Before we left for India, I asked my father how he felt about the trip. He hadn’t been back in over five years. He said, “it feels like I’m going home.” His words caught me off guard. I turned away, hiding tears. Though I felt happy we could accompany him this time, I also felt a tremendous sense of loss. My father has been in this country for sixty years, but India is still his home. Even though he could go back to Sindh, Pakistan now, he has never returned. That place in his mind where he spent his childhood has vanished. I believe that when your home gets taken from you, especially your first home, your entire sense of belonging changes. There is a permanent empty space that nothing else can fill and what’s broken cannot be fixed.

I think of that every time I bring my children back to Connecticut to visit their grandparents. I think of how whole we get to be.