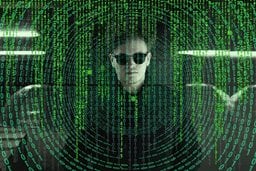 Cybersecurity and privacy have been on everyone’s mind lately as recent data breaches have hit businesses and individuals alike. The recent waves of ransomware attacks that have primarily impacted Europe and the US, as well as the EU’s new privacy legislation, GDPR, have brought the issue of data protection and cybersecurity to the forefront. Dubai has seen its own share of web security problems lately, with the latest data breach in ride-hailing service Careem featuring prominently among them.

On April 23rd, 2018, it was reported by Reuters that Careem, the ride-hailing app that is the main competition of Uber in the Middle East and Dubai, has been hit by hackers that managed to gain unauthorized access to the personal data of 14 million of the company’s clients. The personal details stolen belonged to users and drivers using the app and ranged from names and contact details like email accounts and phone numbers to personal data regarding trips carried out via the app. Careem stated that it was notified of the breach on January 14 and that sensitive financial information like credit card details and passwords were stored on external servers and did not appear compromised by the breach. The company apologized to the public and promised to build on its resilience to cyberattacks.

The company that made its first steps as a start-up in 2012 is widely considered a success story of the region with great potential – in 2016, as part of its innovation initiatives, it launched Ameera, an all-female personal driver service tailored especially to women. According to Reuters, it offers its services across 78 cities and has 14 million customers and 558,000 drivers listed on its app platform. The issue of app cybersecurity has been a top priority for businesses lately, who turn to specialized cybersecurity tools like a Web Application Firewall for increased protection. A WAF will protect against what is known as OWASP Top 10 – a list compiled by cybersecurity professionals that catalogues the most prominent online application threats, like cross-site scripting (XSS) attacks, SQL injections and remote file inclusion (RFI). Uber itself, the primary rival of Careem, has also fallen prey to hackers, who managed to compromise 57 million accounts in 2017.

Dubai at the Forefront of Efforts to Increase Cooperation on Cybersecurity

However, the record for the worst data breaches to date goes to Yahoo: in two separate incidents that were revealed in 2016, Yahoo disclosed that 3 billion and 500 million of its user accounts were compromised. eBay also fell prey to hackers in 2014 and saw personal data of 145 million users stolen, while LinkedIn had a data breach in 2016 that affected 117 million accounts on the popular job seeking service. Dubai is actively trying to take steps against cybercrime and strengthen its international cooperation network in the fight against cybercriminals. Earlier in April 2018, Dubai’s leaders met with the US FBI Director to discuss how the US and the UAE can closely cooperate to combat hacker attacks, electronic piracy and online extremism.

As hackers increase their potential to do harm, so must governments come together in the fight against cybercrime to enhance their defenses – and Dubai seems bound to be among the leaders of that race.