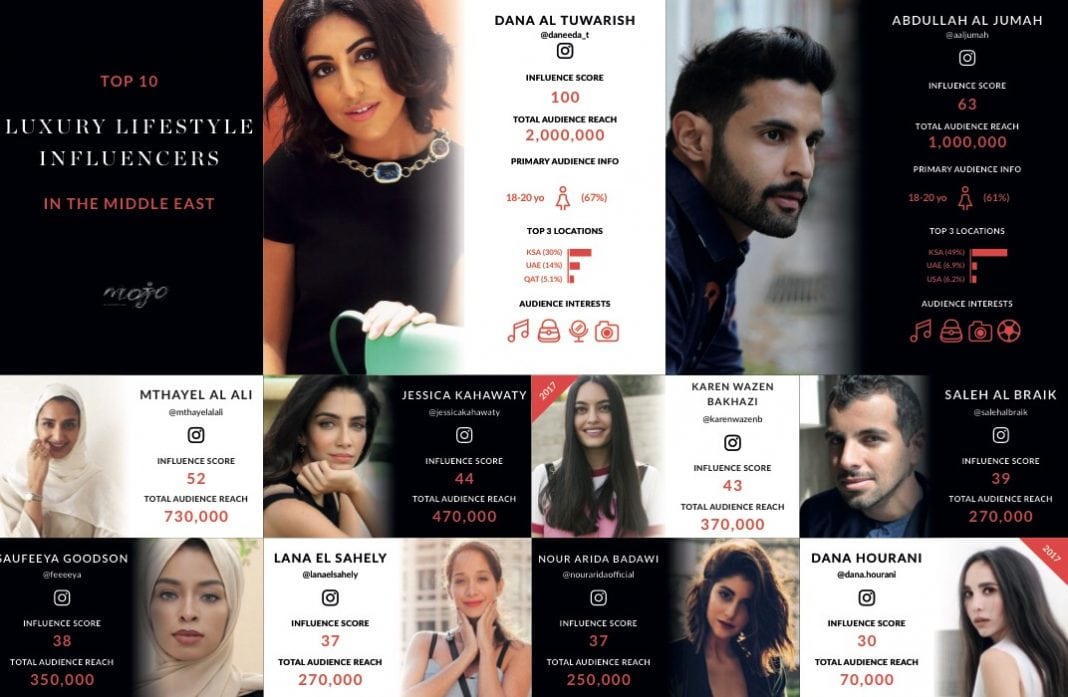 Leading global luxury and lifestyle communications network, SERMO, has launched its fourth annual Influencer Index – its analysis of the top digital influencers and “ones-to-watch” in its 18 markets worldwide. The Index is designed to help clients keep on top of the ever-growing influencer talent pool. Fashion icon and entrepreneur Dana Al Tuwarish was named as the top luxury lifestyle influencer from the Middle East, while fashionistas Parvané Berret and Rhea Jacobs have been named as the top micro influencers in the region.

This years’ Index focuses on the audience behind each influencer by adding a new layer of analysis: audience demographic data – who each influencer actually talks to, where their followers are located and what their interests are. Tanya Hughes, president of SERMO Communications, comments “This is the new gold standard in influencer marketing, just as readership data is crucial for media title selection. Visibility on audience data allows us to have a more accurate view on top influencers’ brand fit (and goes beyond vanity metrics such as large follower and engagement numbers). Analysis of this data, as you’ll see from the report, busts assumption and presents content creation and collaboration opportunities that can make campaigns work harder.”

The 2018 Index updates the network’s global and local rankings of top influencers using its proprietary 70:30 digital influence algorithm – 70% data (an influencer’s total audience reach) + 30% human judgement (a score based on SERMO agencies’ experiences of the influencers’ professionalism, creativity and peer influence). SERMO partners use this algorithm when designing bespoke influencer marketing campaigns for clients at both local and global levels. SERMO has partnered with influencer relationship management technology provider Traackr again on the data element of the Index.

· Eight global influencer marketing trends to watch out for this year – including the increasing importance of Instagram Stories for reaching under 25s, WeChat mini-programs driving sales, and the rise of male influencers

· An overall top 18 global influencers in luxury and lifestyle (SERMO’s top ranking influencer from each country) with local top 10 lists for each of SERMO’s 18 markets (with the addition of Malaysia, this year) 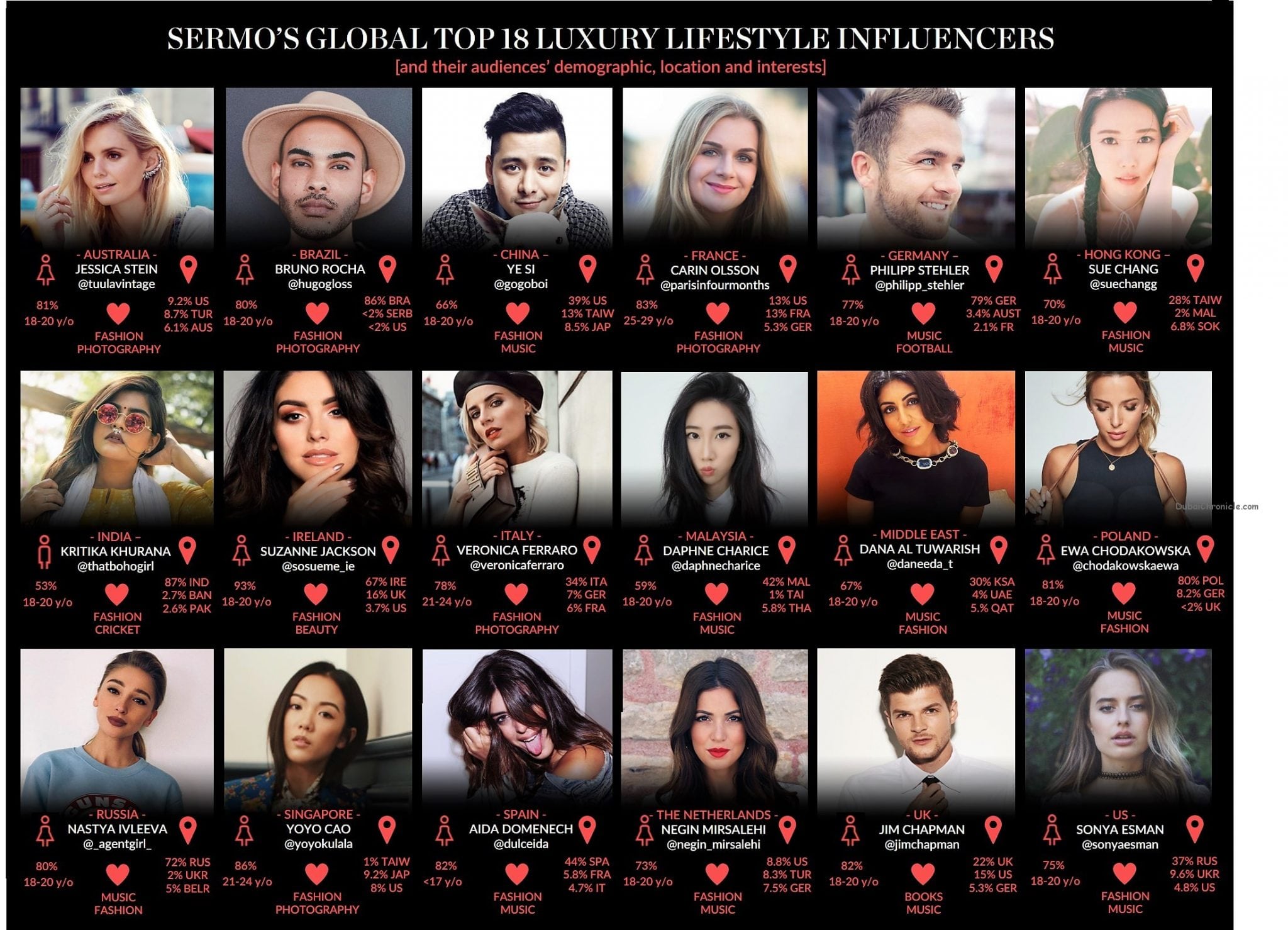