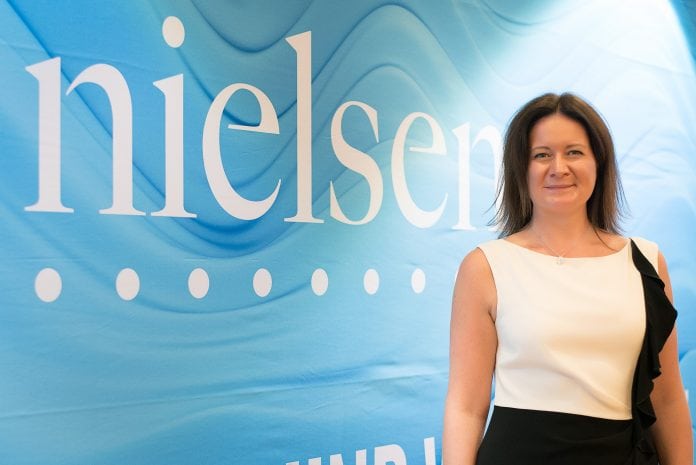 On average, 7.89 million people spend 9 hours a week listening to the radio

In a first of its kind comprehensive analysis into radio audience habits in the UAE, Nielsen, a global measurement and data analytics company that provides the most complete and trusted view available of consumers and markets worldwide, has found that radio remains exceptionally strong in a constantly shifting media landscape in the country. UAE Radio Audience Measurement (UAE RAM), a cutting-edge solution designed to provide listenership data to programmers, sponsors, advertisers, agencies and marketers, has revealed that radio reaches a staggering 93% of the total population aged 10 and above, on average, these listeners spend 9 hours a week listening to radio. Surprisingly, the results for the quarter ending 31 December 2017 show that not only is there a radio peak in the evening, lasting up to 8pm, but there is also very high engagement continuing much later into the night.

Contrary to popular belief, radio listening activity in the country remains high even late at night, from 8pm until midnight. Interestingly, 27% of all radio consumption in an average week occurs between 8pm and 12am, with 61% of listeners tuning into radio from 8pm onwards. Additionally, the study shows that radio engagement at home starts increasing from 6pm and peaks at 11pm, whereas listening activity while travelling lessens after 8pm, although is still significant.

“Nielsen’s UAE RAM is a milestone in the UAE’s ever-evolving media scene, uncovering new radio audience behaviour insights, many of which run contrary to deeply ingrained market beliefs. The extensive study has reaffirmed radio’s resilience and vitality as a popular medium of information and entertainment for the UAE population. Not surprisingly, long drive times in the country has been identified as the foremost driver of the medium’s growth as listening to the radio while on the move tops the list of places radio is consumed. Specialised content like real-time traffic updates has made radio even more attractive to people who commute daily to work and back. In addition, radio’s acceptance as a leading source of music discovery and entertainment, driven by creative and engaging presenters, contributes further to its reach across audiences from different backgrounds, and cultural preferences for later lifestyles are driving listenership during evening and night-time. Our UAE RAM solution measures the country’s 40+ radio stations, each catering for our diverse population in a multitude of languages. From our results, we can clearly see that the UAE presents an exceptionally strong market for radio and a great way for advertisers to reach their target audiences,” said Sarah Messer, Director Media – Middle East, North Africa and Pakistan, Nielsen.

It has been found that the UAE has a remarkably high number of what is classed as ‘heavy’ radio listeners with 1.9 million people tuning in for 18 hours a week, whereas ‘medium’ listeners, or 3.4 million people, recorded an average consumption of 8 hours per week.

Radio continues to be one of the most favoured media across different age groups in the country. The UAE RAM research has found that 98% of listeners aged 10-14 years and younger millennials aged 15 to 24 years clocked up 6 hours and 8 hours of listening a week respectively. On the other hand, 93% of older millennials aged 25-34 years, 92% of people aged 35 to 44 years and 91% of listeners aged 45-54 years still rely heavily on radio for information and entertainment, spending an average 9 hour of their time listening per week. More interestingly, 94% of the older generation, aged 55 and above, continue to enjoy the medium they have grown up with, spending 9 hours per week on average tuning in.

Highest reach among Emiratis and Westerners

Among different nationalities in the UAE, the reach of radio is the highest among Westerners at 100%, and Emiratis, with 97% of them tuning in for 8 hours a week respectively. The data showed that 96% of Indians spent 9 hours a week on average listening to radio, while 96% of Expat Arabs devoted 7.5 hours per week to this pastime. Other Asians, who include expatriates from Pakistan, Bangladesh, Sri Lanka, and Nepal, among others, appear to be heavy listeners with 95% reach and 10 hours of average radio consumption weekly. On the other hand, the medium has a reach of 81% among Filipinos and other East Asians who registered 8.5 hours of listening a week.

Among various income categories, class AB, which enjoys the highest socio-economic status, has an almost universal reach of 99% and 8 hours of radio engagement per week, while 95% of class C1 consumes 9 hours of radio every week. Radio has greater reach among class C2 than class D, with 93% and 88% listenership respectively.

Most popular in Sharjah

Interestingly, radio reach and time spent listening vary by location, with 95% people in Sharjah and 92% listeners in Dubai spending the most time with radio at 10 hours each week. In Abu Dhabi, 95% of the population tunes into various radio stations for 6.5 hours a week, whereas in Northern Emirates region, which includes Ajman, Ras Al Khaimah, Umm Al Quwain and Fujairah, average per week listening activity goes up to 9 hours with a reach of 89%.

“Our audience data is driven by the Radio Industry Stakeholders, made up of the UAE’s broadcasters and networks. The findings will enable them to understand their programming successes and challenges more efficiently and better tailor their content to the audiences they want to reach. It will help advertisers and marketers gain a deeper understanding of audience habits, and media agencies to target specific audiences much more easily, enabling them to maximise ROI for their clients,” added Sarah.

The UAE RAM project started with an Establishment Survey of 17,000 face to face interviews across all seven emirates in the UAE to enable Nielsen to determine population dynamics and ensure its collection of radio data would be balanced and representative. A ‘hybrid diary’ methodology was used for the research, introducing both a traditional paper diary and an innovative electronic diary to respondents, to measure robust information on radio listening. Every quarter, 2,100 people aged 10 and above, representing all nationalities and languages across the emirates are asked to record their radio listening activities for 7 consecutive days. They record their listening in 15-minute time-slots for the entire week in their chosen diary format.

Nielsen’s UAE RAM data covers a range of demographic and lifestyle insights which can be combined with all the radio-listening behaviour metrics captured, including household demography, program ranking, time spent listening, device used for listening, place of listening, ebb and flow reports and station loyalty.