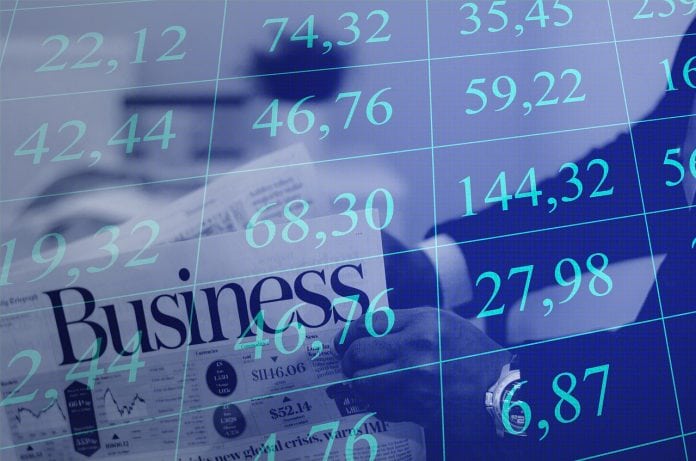 In the wake of the 2008 financial crisis, we asked ourselves one question over and over again: why didn’t we see it coming?

It rocked the global economy and threatened to destroy the financial systems that we rely on. Ten years on, some countries are still picking up the pieces.

The World Economic Forum’s Global Risks Report 2018 says that, in our increasingly complex and interconnected world, this type of shock may become more likely.

The report explores 10 potential future shocks, including food scarcity, the extinction of fish, technological breakdowns and another financial crisis.

1. Not enough food to go around

Extreme weather events are becoming an all-too-familiar sight. Drought, hurricanes and floods have a major impact on the global food supply chain. Lower yields in crops lead to rising food prices, hitting those already struggling to feed themselves.

The report argues that, if an extreme weather event were to coincide with existing political instability or crop disease, we could see a major food crisis happen overnight.

This is a scenario exacerbated by the inherent “choke points” within the global supply chain. These are the sections within the chain where a large volume of trade passes through. Disruption to any one of these could cause immediate global shortages and price hikes, in turn causing political and economic crises, and ultimately, conflict.

Among the courses of action that could help are increasing crop diversity and stress testing the choke points along with other vulnerabilities.

2. Algorithms shut down the internet

Most fears about artificial intelligence (AI) tend to focus on killer robots or the automation of the workforce.

But this report suggests a different scenario: low-level algorithms – or what the authors call “AI weeds” – that slowly choke off the internet.

As we become more reliant on codes that can write their own code (the crux of AI), we’ll lose the ability to track and control it. The world relies heavily on the internet; the disruption will be massive, says the report.

Among its proposed solutions is the development of norms, regulations and governance structures for AI: “without a robust and enforceable regulatory framework, there is a risk that humans will in effect be crowded out from the internet by the proliferation of AI,” says the report.

Brexit, Trump, protectionist policies, these are all undermining globalization as we know it. Institutions designed to resolve trade disputes have become weaker as a result.

The report argues that the continued march against globalization could lead to multilateral rules being openly breached.

Those further along the value chain could then retaliate, and before we know it the world will be grappling with rapidly spreading trade disputes.

Economic activity, output and employment could all be adversely affected. But these effects will have a far greater impact on some people, fuelling further discontent.

“Whatever the settled position on global trade is to be,” argues the report, “more deliberation and consensus-building would bolster its legitimacy.”

Democracy is under great pressure. The polarization of politics could worsen, leaving people even further apart ideologically and with less room for compromise. In the worst case scenario, political debate could be replaced by the use of force. Those in opposition could then take up arms, a situation particularly worrisome in areas with ready access to weapons or a history of political violence.

The more that can be done to boost the resilience and responsiveness of democratic institutions, the less likely they will be to buckle under pressure. “We also need to better understand the democratic fissures currently being caused by the economy, by social media and by changing patterns of national identity,” says the report.