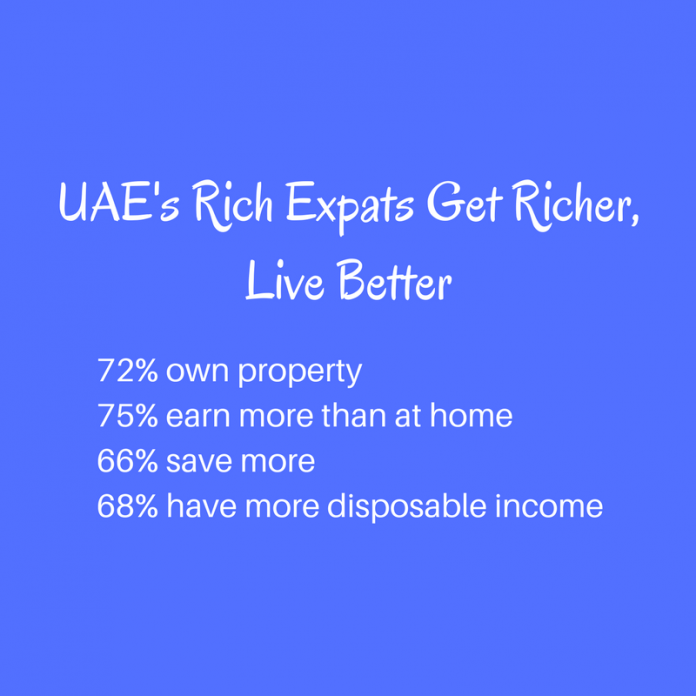 Expats living in the United Arab Emirates are rewarded for their hard work, according to the latest HSBC Expat Explorer survey. Singapore, Norway and New Zealand top 2017’s rankings in overall quality of lifestyle and wellbeing.

Currently ranked tenth overall, the UAE attracts a wide range of people keen to live and work away from home. Grossly estimated, expats make about ninety percent of country’s population.

More than half (56%) of HSBC clients who answered the questionnaire say they moved here to improve their earnings compared with 22% of expats globally, and this year’s survey data suggests they have succeeded.

Indeed, income was a key factor for many in making the decision to move to the UAE as more than half (56%) moved there to improve their earnings. Since 2016 there has been a 10 percentage point uplift in the number of expats who say earnings potential here is better than in their home country.

Now ranking fifth for earnings potential, three-quarters (75%) of expats here say they can earn more than they did at home – typically either Europe or South and Central Asia.

As a result, two-thirds (66%) say they can save more and have more disposable income (68%) – money that is often spent on better living accommodation and a better car. Many also recognize that a period in the country could create the foundations for the rest of their lives.

Around two-thirds(72%) of UAE-based expats own property, compared with a global average of 62%.

Meanwhile, three-quarters (75%) say they feel safer and more secure here than they did at home and 85% express confidence in the country’s political stability.

If they have concerns about their financial well being, those revolve around job security (42% compared with a global average of 21% cite this as a potential challenge) and tax increases(44% compared with 23% globally).

But the personal side of life in the UAE is significant too. More than half (55%) of expats here say their work/life balance is better than it was at home and two-thirds (62%) say their overall quality of life has improved.