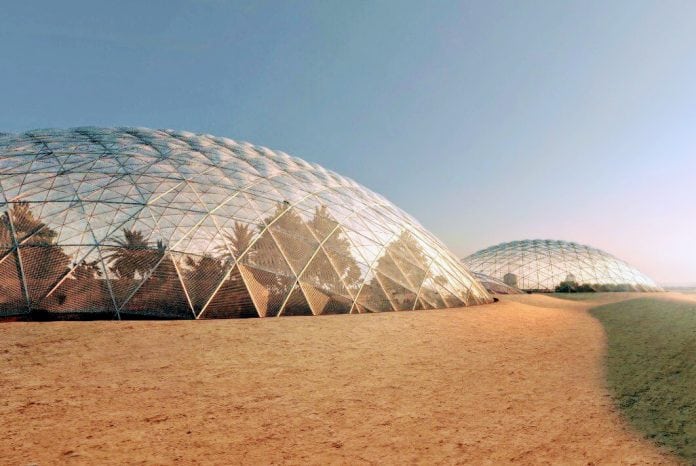 Mars Science City project was launched in UAE on 26th of September. The AED 500 million-City will cover 1.9 million square feet, making it the largest space stimulation city ever built and will provide a viable and realistic model to simulate living on the surface of Mars.

The project, which was unveiled at the annual meetings for the UAE government in Abu Dhabi on Tuesday, encompasses laboratories for food, energy and water, as well as agricultural testing and studies about food security in the future. The science city will also boast a museum that displays humanity’s greatest space achievements, including educational areas meant to engage young citizens with space, and inspire in them a passion for exploration and discovery.

The walls of the museum will be 3D printed, using sand from the Emirati desert. 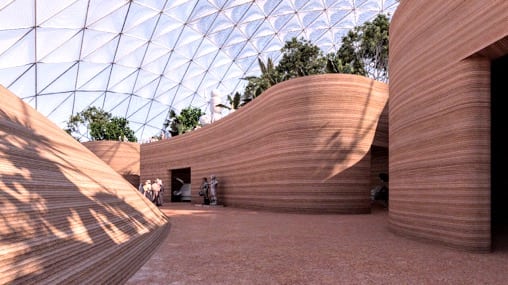 The Mars Science City project falls within the UAE’s objectives to lead the global scientific race to take people to Mars, and is part of the Mars 2117 Strategy, launched during the fifth World Government Summit, which seeks to build the first settlement on Mars in the next 100 years.

This project will include advanced laboratories that stimulate the red planet’s terrain and harsh environment through advanced 3D printing technology and heat and radiation insulation. It seeks to attract the best scientific minds from around the world in a collaborative contribution in the UAE to human development and the improvement of life. It also seeks to address global challenges such as food, water and energy security on earth. 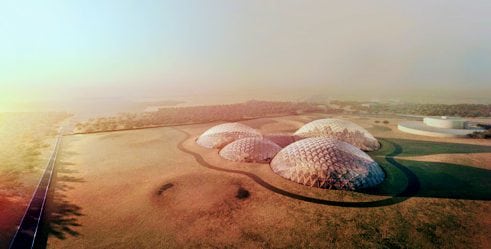 The plan for the Mars Science City project include an experiential element which will involve a team living in the stimulated red planet city for one year. It is hoped the experience will form an important reference model for future innovation around sustaining life in a hostile planetary environment. A range of experiments are to be devised which will lead to innovation around self-sufficiency in energy, water and food.

The Mars Science City structure will be the most sophisticated building the world, and will incorporate a realistic simulation environment replicating the conditions on the surface of Mars.

The city will consist of several domes, with innovative construction techniques providing support for the structures. A team of Emirati scientists, engineers and designers, led by a team from the Mohammed bin Rashid Space Centre and Dubai Municipality, will carry out the project, in cooperation with internationally renowned architects Bjarke Ingels.