From construction laborers and secretaries to physicians and lawyers, people experience better moods, greater vitality, and fewer aches and pains from the end of their last working day for  the week to the start of the new one.

The weekend effect is largely associated with the freedom to choose one’s activities and the opportunity to spend time with loved ones.

Workers, even those with interesting, high status jobs are really happier on the weekend. Having free time is very important to an individual’s well-being. Far from frivolous, the relatively unfettered time on weekends provides critical opportunities for bonding with others, exploring interests and relaxing – basic psychological needs that people should be careful not to crowd out with overwork.

A study tracked the moods of 74 adults, aged 18 to 62, who worked at least 30 hours per week. For three weeks, participants were paged randomly at three times during the day, once in the morning, the afternoon and the evening. At each page, participants completed a brief questionnaire describing the activity in which they were engaged and, using a seven-point scale, they rated their positive feelings like happiness, joy, and pleasure as well as negative feelings of anxiety, anger, and depression. Physical symptoms of stress, such as headaches, digestive problems, respiratory ills, or low energy, also were noted.

To tease out exactly why weekend hours are so magical, the researchers asked participants to indicate whether they felt controlled versus autonomous in the task they were engaged in at the time of the pager signal. Participants also indicated how close they felt to others present and how competent they perceived themselves to be at their activity.

The findings indicated that relative to workdays, weekends were associated with higher levels of freedom and closeness: people reported more often that they were involved in activities of their own choosing and spending time with more intimate friends and family members.

Surprisingly, the analysis also found that people feel more competent during the weekend than they do at their day-to-day jobs.

This study, conclude the authors, “offers one of the first substantive and theory-based explanations for why wellbeing tends to be more favorable on the weekends: People experience greater autonomy and relatedness, which are, in turn, related to higher wellness.” By contrast, write the authors, the work week “is replete with activities involving external controls, time pressures, and demands on behavior related to work, childcare and other constraints.” Workers also may spend time among colleagues with whom they share limited emotional connections.

The study also raises questions about how work environments can be structured to be more supportive of wellness. “To the extent that daily life, including work, affords a sense of autonomy, relatedness, and competence, wellbeing may be higher and more stable, rather than regularly rising and falling,” the researchers conclude. 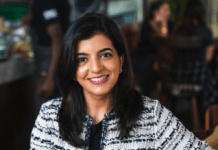 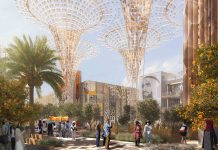 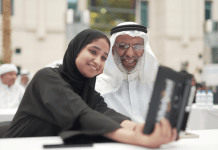 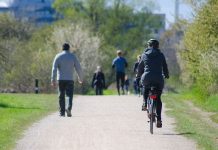