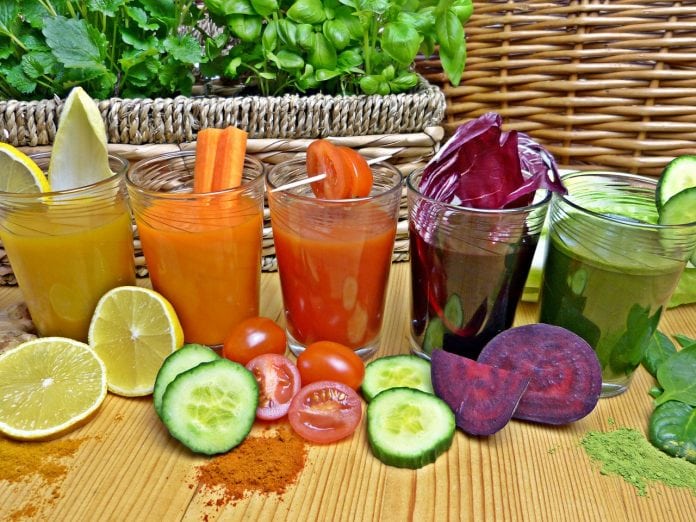 People who follow vegetarian diets not only lose weight more effectively than those on conventional low-calorie diets but also improve their metabolism by reducing muscle fat. Supporting facts have been revealed in a new study published in the Journal of the American College of Nutrition has found.

Seventy-four subjects with type 2 diabetes were randomly assigned to follow either vegetarian diets or conventional anti-diabetic diets. The vegetarian diets consisted of vegetables, grains, legumes, fruits and nuts, with animal products limited to a maximum of one portion of low-fat yoghurt per day; the conventional diabetic diet followed the official recommendations of the European Association for the Study of Diabetes (EASD). Both diets were restricted by 500 kilocalories per day compared to an isocaloric intake for each individual.

The vegetarian diet was found to be almost twice as effective in reducing body weight, resulting in an average loss of 6.2kg compared to 3.2kg for the conventional diet.

Using magnetic resonance imaging, Dr. Kahleová and colleagues then studied adipose (fat-storage) tissue in the subjects’ thighs to see how the two different diets had affected subcutaneous, subfascial and intramuscular fat (that is, fat under the skin, on the surface of muscles and inside muscles).

This is important as increased subfascial fat in patients with type 2 diabetes has been associated with insulin resistance, so reducing it could have a beneficial effect on glucose metabolism. In addition, reducing intramuscular fat could help improve muscular strength and mobility, particularly in older people with diabetes.

Dr. Kahleová said: “Vegetarian diets proved to be the most effective diets for weight loss. However, we also showed that a vegetarian diet is much more effective at reducing muscle fat, thus improving metabolism. This finding is important for people who are trying to lose weight, including those suffering from metabolic syndrome and/or type 2 diabetes. But it is also relevant to anyone who takes their weight management seriously and wants to stay lean and healthy.”