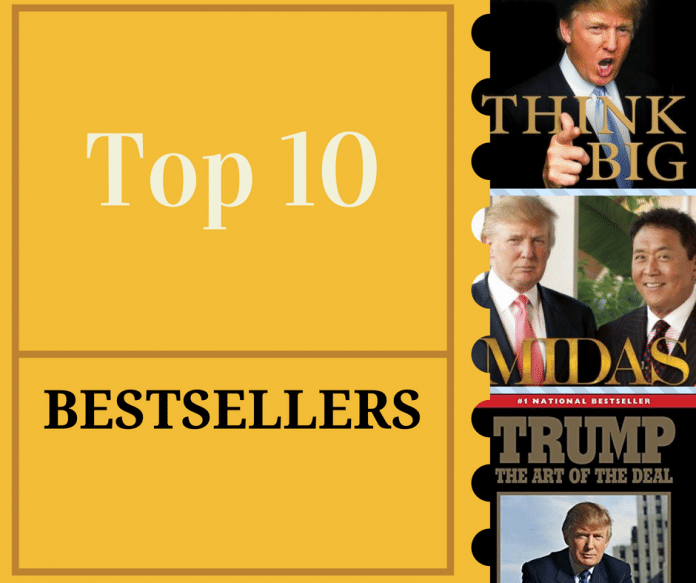 Firmly on the top of Google News during the past few years, Donald Trump also gained popularity on lists seemingly not related to politics although very influential.

A few books by Donald Trump advanced significantly on Amazon’s Bestsellers lists. It is not yet understood if he has written them by himself or had used the services of ghostwriters as many celebrities do. However, it seems that such details don’t matter to readers curious enough to find out what he has to say.

Public figures, business people and showmen often use written words for self promotion, to strengthen their reputation, influence masses, and not the least, to generate passive income from royalties. Such example is the current U.S. president Obama whose books have been published in the early 2000s and earned him a substantial income.

A controversial symbol of success, in recent days Donald Trump is undoubtedly one of the most popular personalities among billionaires. Owner of real estate in Manhattan, hotels and casinos in Atlantic City and New Jersey, and creator of the hit reality show “The Apprentice” (in which assigns tasks to candidates who are struggling  for position with a starting salary of $ 250,000 ), he ranks among the most successful business tycoons in the world. Trump was heavily influenced by his father – a wealthy real estate developer in New York- and has build a career in real estate. He quickly became known with a selfish attitude, but also with the willingness to take risks. Do you want to be like Donald Trump? 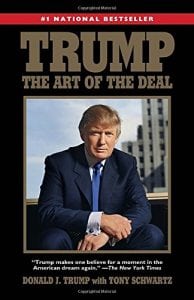 In the book “The Art of the Deal” available here in various formats, Trump professes  his approach to business: “I expect to succeed always and in all endeavors, otherwise I would not begin at all. I take up the project, knowing that unforeseen circumstances will surely emerge and things will surely go on crooked.” In the years he made some rules that are important – and in some cases vital – to survive on the path to success. The first and most important is: “Be disciplined!” The next rule is to be honest – even when the world around is often unfair. Third rule: “Don’t  think you are so smart, you can do it alone.” The fourth rule is: “Be available – although you may lose much time. The fifth rule is: “Stay close to home.” Finally: “Be flexible.”

Sounds simple and effective, but if you lose focus and don’t follow up on such essential rules, your work-life balance can be seriously disrupted. 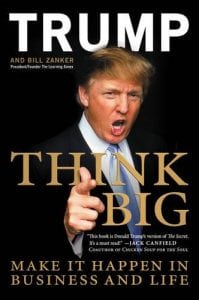 In his book “Think Big: Make It Happen in Business and Life” Trump disclose his philosophy of life as an “extremely efficient way” of achieving success. Primarily you have to judge objectively your possibilities and to decide what you want to achieve in your life. Only a  big goal can justify your efforts. You have to think wholesale and to set yourself a worthy goal (some big challenge), implying respective responsibility as well. Then, put all your passion and act aggressively without worry of obstacles and views of the others. “Bold vision,” one may say, buy for some courageous individuals it may work. The books is available here, but we recommend to listen to it by downloading it for free with a 30-days free trial of Audible. 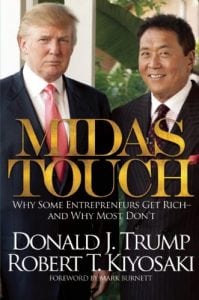 The third of the most popular books by Donald Trump is “Midas Touch”, co-written with Robert Kiyosaki. It’s  intended for those entrepreneurs and people who want to to follow in the footsteps of Trump to become rootless capitalist. This book is not about business, but rather about the psychology of businessmen. It is about principles you need follow in order to  become a successful entrepreneur in the modern world. It reveals how Donald Trump has managed to reach beyond success and wealth, turning his companies into international brands – accomplishment that many entrepreneurs dream of, but a few achieve. And the most  important, you’ll understand the beliefs that urge entrepreneurs to continue where the others stop, and why Trump is looking for greater challenges. Or at least, this is how we are supposed to understand the meaning.

Success, of course, is something relative. You should not be satisfied with your achievements, but you must always raise the bar higher and higher. Trump claims that vision and beliefs drive his business success and his satisfaction is expressed in his business ventures.