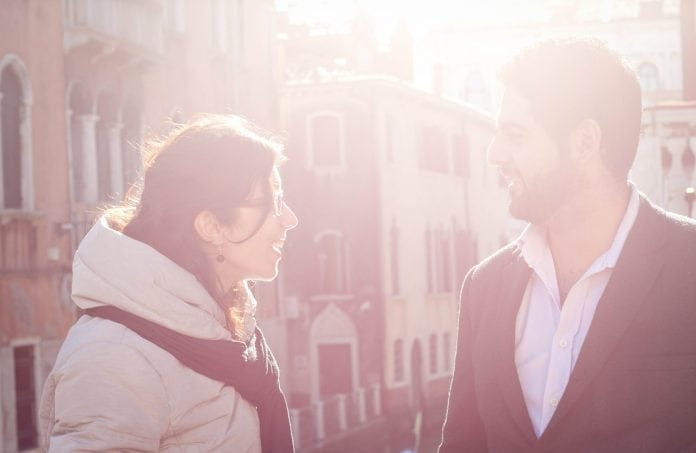 A meta-analysis study conducted by Syracuse University Professor Stephanie Ortigue reveals falling in love can elicit not only the same euphoric feeling as using cocaine, but also affects intellectual areas of the brain. Researchers also found falling in love only takes about a fifth of a second.

Results from Ortigue’s team revealed when a person falls in love, 12 areas of the brain work in tandem to release euphoria-inducing chemicals such as dopamine, oxytocin, adrenaline and vasopression. The love feeling also affects sophisticated cognitive functions, such as mental representation, metaphors and body image.

The findings raise the question: “Does the heart fall in love, or the brain?”

“That’s a tricky question always,” says Ortigue. “I would say the brain, but the heart is also related because the complex concept of love is formed by both bottom-up and top-down processes from the brain to the heart and vice versa. For instance, activation in some parts of the brain can generate stimulations to the heart, butterflies in the stomach. Some symptoms we sometimes feel as a manifestation of the heart may sometimes be coming from the brain.”

Other researchers also found blood levels of nerve growth factor, or NGF, also increased. Those levels were significantly higher in couples who had just fallen in love. This molecule involved plays an important role in the social chemistry of humans, or the phenomenon ‘love at first sight.’ “These results confirm love has a scientific basis,” says Ortigue.

The findings have major implications for neuroscience and mental health research because when love doesn’t work out, it can be a significant cause of emotional stress and depression. “It’s another probe into the brain and into the mind of a patient,” says Ortigue. “By understanding why they fall in love and why they are so heartbroken, they can use new therapies.” By identifying the parts of the brain stimulated by love, doctors and therapists can better understand the pains of love-sick patients.

Ortigue and her team worked with a team from West Virginia University and a university hospital in Switzerland. The results of the study are published in the Journal of Sexual Medicine.