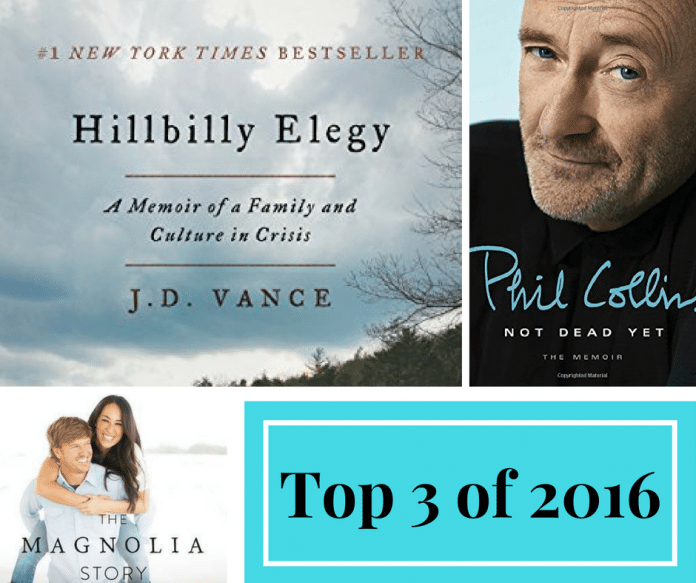 The curiosity people exhibit towards the lifestyle of celebrities is quite normal as they often search for reflections of themselves in the “rich and famous”. Therefore, we have selected a few of the best selling biography books in 2016 to present here. You can download two of them for free if you sign up for a 30-day free trial of Audible here. 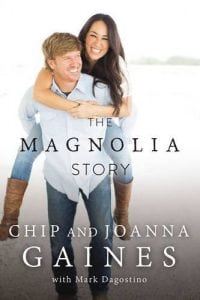 “The Magnolia Story” is a book written by the star double Chip and Joanna Gaines, known as main characters in the series of GTV “Fixer Upper”. They are a family with 4 children who owns the “Magnolia Homes” company, hence the name of their book. This is a biographical book about their life,  written to acquaint their fans with the life they lead  outside the series that made them famous. They tell amusing anecdotes from their everyday life, such as this real story, when Chip went to the store for vegetables, forgetting to take their newborn baby. Memories are told and photos are published about their wedding and so on. Generally speaking, the book is a fun reading about the experiences of their favorite film characters. 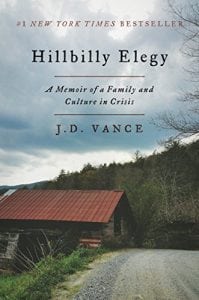 The author of Hillbilly Elegy, named  by The New York Times a  “primary reading”, JD Vance is a former military sailor and Yale Law School graduate. In the book Hillbilly Elegy he describes the struggles of the white working class in the  USA. In particular, he focuses on the status of the culture of  the  Americans in crisis. As an eyewitness, he worries  about  decline and disintegration of the middle class over the past 40 years. He tells the story of his own family, starting from the  time when his grandparents fled from the terrible misery in Kentucky. They and all of their close relatives were unable  to  escape  from  the  constantly flanking  problems such as violence and alcoholism. However, the family was able to provide the upward development of at least one of its members, the author. 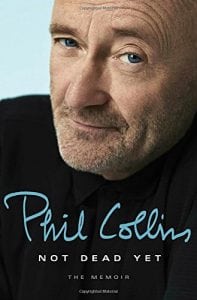 In his autobiography “Not Dead Yet”, world famous pop singer Phil Collins tells the fascinating story of growing up as a drummer and a singer. He started his career   very young. In 1970, when he joined the” Genesis “  group  , has become known as a drummer. Born in London, he  was  very  young  when he began to learn the craft of drummer in numerous seedy bars of the mega city. When in 1975 Genesis star Peter Gabriel left the band, Phil Collins became the  front man  and pieces “Face Value” and “In the Air Tonight” shoot him to the top of world fame. In the 80s he plays with Robert Plant and “Tears for Fears” band.  Collaborated   with many famous musicians such as   George   Harrison, Paul McCartney, Robert Plant, Eric Clapton and many others. He is one of the three musicians in the world who sold 100 million records both in group and as a solo singer.  In “Not Dead Yet” you see Phil Collins as a man you know from his appearances , but as such as you never imagined he could be as well.

It is known that reading biography books is a very useful occupation as it allows one to get to know people who wrote them. To absorb good examples of famous people and not so well know once, to have somebody as a pattern  or just to enjoy somebody´s life.